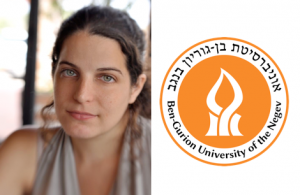 People who tend to daydream, get absorbed in reading a book or watching a movie to the exclusion of their surroundings are those who will feel more tired as a result of sleep deprivation and will have a harder time returning to full alertness even after an eight hour night of sleep, a new study from Ben-Gurion University of theNegev finds.
The researchers contend that a personality trait called “dissociative absorption” is key.
“Dissociative absorption is the tendency to involuntarily narrow one’s attention to the point where one is oblivious to the surroundings. It involves a temporary lack of reflective consciousness, which means that the individual may act automatically while imagining vividly, bringing about confusion between reality and fantasy,” the researchers explain in their article, which was just published in Consciousness and Cognition.
There is a vast professional literature about the deleterious effects of sleep deprivation (partial or full), including its effect on mood, cognitive function, and motor function. At the same time, there have been very few studies that identified who would be especially affected by sleep deprivation. This study is the first to posit and identify the role of dissociative absorption.
Dr. Nirit Soffer-Dudek of BGU’s Department of Psychology and Major Shirley Gordon, head of the Aeromedical psychologysection in the Israel Air Force, who is also a doctoral student in the Department, identified the key role of dissociative absorption.
The question of who is more affected by sleepiness is relevant to the general population, but it is especially crucial when it comes to people who must function in extreme situations with very little sleep such as pilots, combat soldiers, professional drivers andothers.
Soffer-Dudek, Gordon and their co-authors conducted their experiments on IAF pilots and Remotely Piloted Aircraft (RPA) officers. As part of their training, pilots and RPA officersparticipated in a four day seminar exposing them to the subjective and objective effects of fatigue. The purpose was to emphasize the importance of adhering to an orderly and sufficient sleep routine during operational activity.
“People who tend to daydream have difficulty regulating the transition between different states of consciousness and transitioning between different awake and sleep states,” says Dr.Soffer-Dudek, “therefore any disruptions to their sleep-wake cycle generates an especially strong shakeup of their system, and the person has a harder timefighting off sleepiness.”
The study is the initial publication on this topic, but the researchers hope that this personality trait may be instrumental in sorting people for key roles in the future.