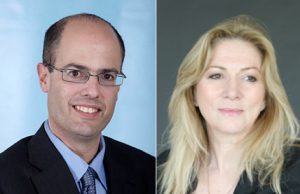 Program Calls on Israeli and Multinational Corporations to Establish Innovation Labs to Support Interesting and Relevant Startups. The Israel Innovation Authority Will Support Establishment of Labs at Up to NIS 4 Million, Assist in Ongoing Maintenance, and Fund Startups Until Proof of Concept.

The Israel Innovation Authority’s new “Technological Innovation Labs” program will be launched at an event on January 26th 2017 at Airport City, where corporations will be introduced to conditions and benefits of the program ahead of a call for proposals to be announced at the end of the month.

The new “Technological Innovation Labs” Program is intended to help corporations establish innovation labs with the help of the Israel Innovation Authority to support startups of interest to the companies.

Avi Hasson, Chief Scientist at the Israel Ministry of Economy and Industry and Chairman of the Israel Innovation Authority: “Open innovation is crucial for the development of companies in our advanced economy. This program will help Israeli corporations operating these labs grow and strengthen their position in Israel. It will also help multinational corporations gain exposure to the unique atmosphere of innovation in Israel and bolster their presence here. This will give a boost to Israeli industry specifically and the Israeli economy in general.”

Anya Eldan, GM Startup Division at the Israel Innovation Authority: “The main goal of the program is to serve as a platform between corporations and startups, with an emphasis on advanced production techniques, in several fields such as: automotive, robotics, 3D printing, and more. The program will help build ecosystems in Israel in various fields around these labs by enabling support for a range of activities entrepreneurs need to develop proof of concept for an innovative idea.”

The target audience for the program is entrepreneurs and startups with an innovative idea in the relevant verticals, interested in establishing proof of concept and developing their idea into a product, as well as leading multinationals and corporations interested in adopting open innovation through such labs and in supporting startups by making their unique technological infrastructure accessible, especially the types not currently accessible in Israel.

As part of the program, entrepreneurs and startups will receive support from the labs, including access to technological infrastructure such as: advanced production or development tools, knowhow regarding markets and marketing routes, and unique expertise in assessing and creating products. In addition, financial support will be provided at up to 85% of the budget approved for a company by the Israel Innovation Authority and up to NIS 1 million for a period of activity of up to 12 months. The Israel Innovation Authority will fund 33% of the costs of establishing the lab infrastructure and making the technology accessible (50% in peripheral areas), up to a maximum conditional grant of NIS 4 million. The Authority will fund 50% of the total costs of running the lab up to a maximum of NIS 500,000 per year.

A call for proposals will be published at the end of the month, with up to 5 new technological innovation labs selected from the proposals.