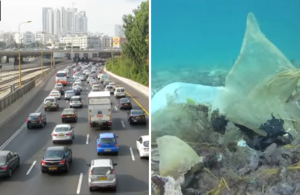 Tel Aviv is among the world’s most congested cities, according to Amsterdam-listed navigation technology company TomTom International BV, which released its latest traffic index report last week. The company’s report provides statistics and information about congestion levels in 403 cities spanning 56 countries. According to TomTom’s report, Tel Aviv was the 19 most congested city in the world in 2018. Mumbai, Bogota, and Lima were the cities with the most traffic last year. The first American city to make the list was Los Angeles, coming in at 24. New York City, the next American city to make the list, landed the 42 spot. The most congested cities in Europe are Bucharest, ranked 11 globally, Poland’s Lodz, at 15, and Krakow, at 26, Edinburgh at 27, and Athens at 29. Rome was ranked 31, London snagged the 40 spot and Paris was the 41 most congested city in 2018. (calcalistech.com)