TiME (Israel) will Buy Two Parcels of Land, Home to Endangered Species, in Kenya and Brazil and Turn Them into Protected Areas 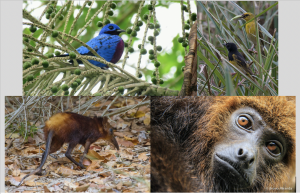 Threatened species that live in the soon-to-be-protected areas are the Clarke’s weaver, the Northern brown howler monkey and many additional animal and plant species.

Continuing to save the world: This is the fifth consecutive year that members of This is My Earth (TiME) have successfully raised money through crowdsourcing to buy land internationally and turn it into a protected area, thus saving the lives of critically endangered species. This year TiME succeeded in raising hundreds of thousands of dollars and, for the first time, will acquire two lands in one year: 500 acres in the Atlantic forest in Brazil and 200 acres in the Dakatcha woodland in Kenya. TiME, whose membership is open to every person of any age, will save dozens of species this year: among them, the Clarke’s weaver (the Dakatcha woodland is its last remaining nesting place in the world), Sokoke scops owl, Golden-rumped sengi, Northern brown howler monkey, Buff-headed capuchin and dozens of other rare animals and plants that are under threat of extinction.

“If we used to think that the destruction of nature hits us, humans, mostly through climate change, this past year we found other outcomes of the destruction, such as the Covid-19 pandemic, which has had a horrible toll on our health, economic security and personal life. The most important task that we humans have now is to protect natural lands, to avoid future pandemics and to ameliorate global warming. We are seeing only the tip of the iceberg and we will most likely see even harsher events as a consequence of the way we treat nature,” said Prof. Uri Shanas from the University of Haifa, the founder of TiME.

TiME (This is My Earth) was established by Prof. Uri Shanas from the Department of Biology and the Environment at the University of Haifa in Oranim, and Prof. Alon Tal from Tel Aviv University. TiME is an international democratic organization, in which every donor (regardless of the amount of their donation) has a single vote to decide where in the world the next land will be purchased, and 100% of donations are allocated to buying and protecting land.

Every year TiME members – now over 5,700 men, women and kids from all over the world – are presented with three choices of lands available for purchase, selected by the scientific committee, a group of volunteer scientists (all TiME officials and activists are volunteers). Each of these habitats has a wide range of species threatened by extinction, and members vote for the one that will be purchased and turned into a protected area. 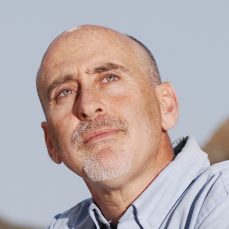 This year TiME will purchase 500 acres in the Serra Bonita mountain range in the Atlantic forest in Brazil, considered as one of the highest priority conservation areas in the world, for the amount of US$140,000. A survey in this area completed at the end of the past century found that a single hectare of forest contained 458 species of trees. Among the species that TiME members will save are two Critically Endangered monkeys, the Northern brown howler monkey and the Buff-headed capuchin, as well as 27 endangered species of bird, among them the Critically Endangered Banded cotinga.

Members raised the money for purchasing the land in Brazil before 2020 ended, and so in the final weeks of the year a second campaign to raise money to purchase another parcel of land was initiated. This campaign succeeded too: TiME will also purchase 200 acres in the Dakatcha woodland in Kenya for US$40,600. This woodland serves as the only nesting place in the world for the rare and Endangered Clarke’s weaver.

Among other species that will be protected by the purchase of this land are the Sokoke scops owl, the beautiful Fischer’s turaco, the Golden-rumped sengi, and rare plants such as Warburgia stuhlmannii. One of the organization’s core principles is that the purchased lands are not owned by TiME but by local people or organizations, to avoid “green colonialism.” The land in Brazil will be managed by the Instituto Uiraçu, and in Kenya, by Nature Kenya – The East Africa Natural History Society.

“2.3% of the Earth’s land mass are considered biodiversity hotspots that hold a large number of endemic animals and plants that are under threat, thus the small parcels that we purchase make significant contributions to protecting many species. It is the fifth year that we have shown proof of concept, that our approach, first thought as naïve, is really working and changing the gloomy reality we live in. We started as a small group but now we are expanding our activity, purchasing more lands and taking our educational program to schools in the USA and Africa, in addition to Israel. I invite people to join us and take part in changing the reality and our future direction on Earth”, concluded Prof. Shanas.