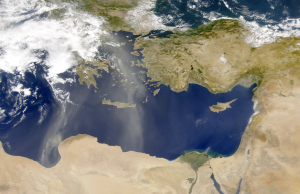 Beginning this month, 17 researchers from University of Haifa’s Leon H. Charney School of Marine Sciences and the GEOMAR Helmholtz Centre for Ocean Research Kiel will explore pressing questions and concerns pertaining to the relationship between climate change and the oceans, including but not limited to: Can the oceans maintain their current productivity and biodiversity, and continue to supply critical ecosystem services including the provision of food and CO2 uptake? Can marine ecosystems adapt to climate change, or are their ecosystem-service capacities decreasing? Research topics will include ocean warming, ocean acidification, ocean deoxygenation, biodiversity and marine productivity, and pollution and habitat loss.

The partnership, which is funded by the Helmholtz Association and the University of Haifa, reflects a decade-long trend at University of Haifa and its Charney School: harnessing modern and innovative technological capabilities for the purpose of amplifying a university-wide academic vision of making contributions towards achieving the UN Sustainable Development Goals, which emphasize tackling climate change and working to preserve our oceans. As a result of its setting along the shores of the Eastern Mediterranean Sea, University of Haifa is uniquely positioned to pursue this mission. 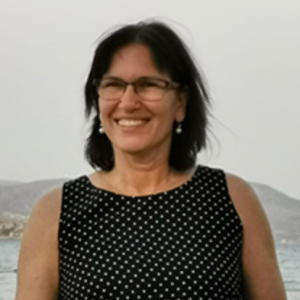 “Climate change and other extensive human pressures are significantly impacting the Mediterranean Sea and especially the easternmost area of the Levantine basin,” said Charney School Director Ilana Berman-Frank. “Only large collaborative projects, bringing together many disciplines and perspectives, can begin to address the challenging issues in one of the most perturbed and sensitive marine environments of the world.”

University of Haifa and the GEOMAR Helmholtz Centre Human have formed the partnership at a time when climate change is increasingly impacting our oceans. According to researchers, climate model projections suggest that warming enhances surface ocean stratification and diminishes nutrient supply to the sunlit surface ocean, thereby altering the structure and functioning of marine ecosystems whilst decreasing carbon flux and sequestration within the deep sea. Increased intensity and frequency of extreme events such as droughts, floods, and surface ocean heating have unknown consequences for biogeochemical and ecosystem processes — and the research conducted in the new partnership will aim to reveal those consequences in the Eastern Mediterranean Sea, one of the most rapidly changing marine environments on the planet.
Specifically, the Israeli and German institutions will use world-class facilities, a range of advanced technologies for ocean observations, experimental manipulations, research vessels, long-term moorings and deployments of underwater vehicles, novel cameras and chemical sensors, and marine ecosystem models to integrate the data and predict future oceanic responses. Multidisciplinary marine research will examine seafloor processes and sedimentary records to inform what past water column processes tell us about the present, and modeling will be developed to examine what the future will look like for the Mediterranean Sea and the global oceans.

Additionally, the program will cultivate a new generation of early career scientists — both PhD and MSc students — through a mentoring program, joint cruises, workshops, and engagement with the public and private sectors.

“EMS FORE is a unique international collaboration between two world-leading centers, and importantly involves the training and career development of young scientists,” said Eric Achterberg, head of the GEOMAR Helmholtz Centre’s research team. “The work in the Eastern Mediterranean will provide important insights into the impacts of climate change on our subtropical oceans, which cover approximately 40% of our global oceans. A healthy and sustainable ocean is key for the livelihoods of billions of people and the well-being of our planet.”

Berman-Frank added, “We hope our partnership will facilitate more extended international collaborations beyond the traditional political divides of the area.”