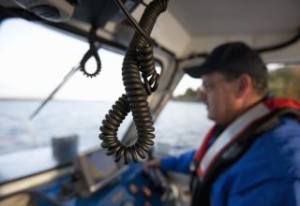 The more a professional driver is involved in conflicts with their colleagues, the greater the risk that they will drive unsafely. This is the finding of a new study undertaken at the University of Haifa. “Drivers who develop negative relationships may suffer from various covert and overt reactions, communications obstacles, limited access to information, and a lack of social influence promoting safety. Accordingly, they will find it harder to model safe behaviors,” the researchers explain.

Traffic accidents at work account for 14% of all injuries in road accidents in Israel, and 90-95% of these accidents are caused by human error. Numerous studies have been undertaken to examine reckless behavior by drivers, focusing on demographic characteristics such as sex, age, personality, and psychological condition. In the current study, published in Accident Analysis and Prevention Journal, doctorate student Renana Arizon-Peretz and Prof. Gil Luria of the Department of Human Services at the University of Haifa sought to examine for the first time whether relations in the workplace influence driving.
The study included 83 professional drivers and 30 assistant drivers who belong to four industrial organizations in Israel. The drivers’ average age was 39, with average seniority of 6½ years at work and seven years as drivers. Unsafe driving behaviors were measured using a special technological system called IVDR, which provides an objective measurement of the driver’s behavior by means of a computer and sensors installed in the vehicle.
The results of the study show that the more central the drivers’ position within the network of negative team relationships – in other words, the more they tend to engage in negative interactions with their peers – the greater their tendency to drive unsafely, by comparison to drivers located at the margins of these networks. Conversely, the more central the drivers’ position within the network of work friendships (the more friendships they have with their peers), the lower the tendency to drive unsafely.
“In reality, individuals sometimes develop conflicted relationships with some work colleagues, and close friendships with others,” the researchers added. “In these instances, we found that the positive relationships compensate for the negative ones, thereby moderating the link to unsafe behavior.”
The researchers explain that much of the information about safety hazards is exchanged between peers during informal conversations over a coffee in the kitchenette, during a telephone conversation, or simply during chats in the corridor. “When you are close to someone, you’ll tell them about problems you encountered or heard about from other colleagues. In that way, you help them avoid or cope with the risks. Conversely, if you are in a conflict with someone, you might even deliberately choose not to share vital information with them, in order to make it harder for them to cope with a potential danger.”
“Managements of organizations should attach importance to drivers’ social abilities during staff recruitment. It is also important to diagnose the informal relationships in the team, address problematic relationships, and develop friendship networks between teams. Such actions can help reduce the rate of traffic accidents at work,” the researchers concluded.
Publication in Accident Analysis and Prevention Journal