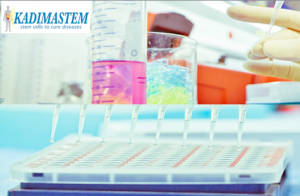 Israeli biotechnology company Kadimastem has received approval from the IRB (Helsinki Committee) of the Hadassah Ein Kerem Hospital for the phase I/IIa clinical trial in ALS patients using the cell therapy product developed by the Company. The commencement of the clinical trial is subject to the approval of Ministry of Health’s Supreme Committee for clinical trials in humans, which is expected to convene in the upcoming months.

After receiving the Ministry of Health’s approval, the Company intends to commence the trial in ALS patients under the Ministry’s supervision. The trial will include 21 patients and will be conducted by the Department of Neurology of the Hadassah Ein-Kerem Medical Center in Ein-Kerem, a world-leading center in the field of ALS.

Kadimastem‘s product, AstroRx® is a cell-based treatment for ALS, based on astrocytes produced from stem cells. Kadimastem’s unique technology enables large-scale production of the cells according to Good Manufacturing Practices (GMP) standard. The cells will be injected into the patients’ spinal fluid using a standard injection procedure, performed routinely in hospitals worldwide.

Yossi Ben-Yossef, the company’s CEO, noted, “The approval of the Hadassah Hospital IRB is a very important milestone towards the clinical trial and for the company. During the trial, ALS patients will be treated for the first time using the unique cell-based product developed by the company, which is the result of years of innovative research. We believe that we can introduce a breakthrough in the field, and we are hoping to repeat the good results we have demonstrated so far in humans as well”.

Prof. Michel Revel, the company’s Chief Scientist, added, “The Hadassah Hospital IRB’s approval is very encouraging for the Company, as this is an important step in the clinical trial’s approval process. This is a significant milestone in the company’s progress towards reaching its goals.”

Kadimastem is a biotechnology company, operating in the field of regenerative medicine – a groundbreaking field in which the malfunctioning of organs which leads to diseases is repaired by external cells, tissues or organs. The company specializes in the development of human stem cell-based medical solutions for the treatment of diabetes and neurodegenerative diseases, such as ALS and Multiple Sclerosis. The company was founded in August 2009 by Professor Michel Revel and Yossi Ben Yossef, and is traded on the Tel Aviv Stock Exchange (TASE: KDST). Kadimastem employs 35 people, of which 11 are PhDs, and its 1,700m2 offices and labs are located in the Ness Ziona Science Park.

Kadimastem was founded based on patent protected technology that was developed at the Weizmann Institute of Science, in Prof. Michel Revel’s laboratory. Prof. Revel, who serves as the company’s Chief Scientist and director, developed Merck KGaA’s blockbuster drug, Rebif® for the treatment of MS (sales of around $2.4 billion sales in 2014).

Based on the company’s unique platform, Kadimastem is developing two types of medical applications: A. Regenerative medicine, which repairs and replaces organs and tissue by using functioning cells differentiated from stem cells. The company focuses on transplanting healthy brain cells to support the survivability of nerve cells as cell therapy for ALS, and transplanting insulin-secreting pancreatic cells for the treatment of insulin-dependent diabetes; B. Drug screening platforms, which use functional human cells and tissues to discover new medicinal drugs. The company has two collaboration agreements with leading global pharmaceutical companies.

The company is headed by Yossi Ben-Yossef, an entrepreneur with extensive experience in life sciences companies. The company’s chairman is Dr. Eli Opper, formerly the Chief Scientist of the Israeli Ministry of Industry, Labor and Trade, and its investors include Altshuler Shaham Investment House, foreign investors (Julien Ruggieri and Avi Meizler), and the company’s founders.