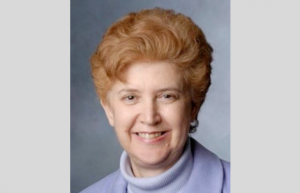 A new discovery by Tel Aviv University, Technion (Rambam Medical Center), and Harvard University researchers takes the medical community a leap forward in the process of effectively screening and diagnosing Alzheimer’s disease. The new study, published in the Journal of Alzheimer’s Disease, proposes a new biomarker for cognitive aging and Alzheimer’s disease: activity-dependent neuroprotective protein (ADNP), the levels of which can be easily monitored in routine blood tests. The study also found that ADNP levels tested in the blood correlate with higher IQ in healthy older adults.

The research was led by Prof. Illana Gozes, the incumbent of the Lily and Avraham Gildor Chair for the Investigation of Growth Factors and former director of the Adams Super Center for Brain Studies at TAU’s Sackler Faculty of Medicine and a member of TAU’s Sagol School of Neuroscience, conducted by TAU PhD student Anna Malishkevich and spearheaded by Dr. Gad Marshall, Dr. Aaron Schultz, and Prof. Reisa Sperling of Harvard University, and Prof. Judith Aharon-Peretz of Rambam Medical Center – The Technion Institute of Technology.

For the purpose of the cross-sectional study, the investigators analyzed blood samples taken from 42 healthy adults, MCI patients, and Alzheimer’s disease patients at Rambam Medical Center in Israel. After comparing the ADNP expression in the blood samples, the researchers prepared plasma samples and once again compared the protein levels.

“This study has provided the basis to detect this biomarker in routine, non-invasive blood tests, and it is known that early intervention is invaluable to Alzheimer’s patients,” said Prof. Gozes. “We are now planning to take these preliminary findings forward into clinical trials — to create a pre-Alzheimer’s test that will help to tailor potential preventative treatments.”

Builds on original research
This new research is based on Prof. Gozes’ earlier investigation of neuronal plasticity and nerve cell protection at the molecular, cellular, and system level, and her discovery of novel families of proteins, including ADNP, associated with cross-communication among neural nerve cells and their support cells.

Prof. Gozes focused on the potential utility of blood ADNP levels as an Alzheimer’s biomarker. “The more ADNP RNA found in the blood cells, the fewer aggregates found in the brain of elderly cognitively normal individuals,” said Prof. Gozes. “Interestingly, we also found that the more ADNP in the serum, the higher the person’s IQ level.”

These findings are corroborated by a separate study by an independent group that found that the ADNP protein is present in lesser quantities in serum samples from select mild Alzheimer’s disease patients. However, in Prof. Gozes’ studies, which approach advanced Alzheimer’s disease patients, the ADNP mRNA levels in white blood cells dramatically rose above the levels measured in cognitively normal individuals. This finding suggests that dramatically increased ADNP mRNA blood levels in Alzheimer’s patients may be either insufficient or damaging.

“We have found a clear connection between ADNP levels in the blood and amyloid plaques in the brain,” said Prof. Gozes. “Our study is the first to assess ADNP in elderly individuals at risk for Alzheimer’s disease, and its results open the door for further validation in larger, more informative studies.”

The researchers are currently exploring larger clinical trials to better determine the ability of ADNP to predict cognitive decline and disease progression.

Publication in The Journal of Molecular Psychiatry