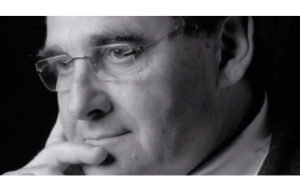 Yoram Vardi, MD, is a professor of Urology at the Technion faculty of medicine in Haifa Israel and director of the Neuro-Urology and Male Sexual Dysfunction Unit at Rambam Medical Center. Dr. Vardi earned his medical degree at the Facultyof Medicine of the Technion, and performed his fellowship on neuro-urology and sexual dysfunction at Boston University, Boston, USA.His main research interests are neurophysiology of erectile dysfunction. He developed animal models for the study of diabetic impotence and EMG activity of corporal smooth muscle. His clinical research is focused on long-term follow-up of various treatment modalitiesand lower urinary tract sensation. In recent years, he has put much effort into the investigation of female sexual dysfunction with some focus on diagnostic evaluation of female genital sensation and libido problems. Recently he introduced a novel treatment modality for vasculogenic erectile dysfunction “Penile Low intensity Sock-wave therapy”.

Dr. Vardi is a member of many professional societies, including the American Urology and European Association of Urology, and the International and European Societies for Sexual Medicine. He has authored over 150journal articles and several book chapters. He is a referee for several medical journalsand is a member of the editorial board of European Urology, and J Sex Med. He was the chairman of the scientific committee of the ESSMand a member of the executive committee of the ISSM and ISSWSH. In 2003was a memberof the Consultations on Erectile Dysfunction and Sexual Medicine in Paris.

“Our earlier randomized double-blind placebo-controlled study demonstrated that low-intensity shock wave therapy can help men who respond to PDE-5 inhibitor therapy, and our new data show that the treatment is also beneficial when given to nonresponders with severe ED,” Yoram Vardi, MD, head of the neuro-urology unit at Rambam Medical Center in Haifa, Israel, told Medscape Medical News.

The new findings confirm that the treatment exerts a genuine physiological effect on the erectile mechanism when applied directly to the cavernosal tissue, he added.

Dr. Vardi reported results in 29 men with vasculogenic ED who had a mean baseline International Index of Erectile Function (IIEF-ED) domain score of 8.8 and a rigidity score of 2 or lower. Their mean age was 62.8 years.

“While the introduction of PDE-5 inhibitors undeniably represents a major advance in ED treatment, these agents are a symptomatic treatment and are associated with unpleasant side effects and poor compliance,” Dr. Vardi said. “These limitations become magnified when the treatment is intended for a pleasurable biological function rather than a life-threatening disease.”

Low-energy shock wave therapy is being increasingly used to induce the regeneration of small coronary vessels in patients with angina who are not suitable for coronary surgery or angioplasty, Dr. Vardi explained.

If the therapy can improve the vasculature of the heart, it might also be effective in the penis, because 80% of ED cases have a vascular origin, he said.

The shock wave therapy protocol involved 2 treatment sessions per week for 3 weeks, which were then repeated 3 weeks later.

During each treatment session, low-energy shock wave therapy was applied to the penile shaft and crus for 3 minutes in 5 different penile anatomical sites. The shock waves are one tenth the level of intensity as shock waves used to pulverize kidney stones.

The coprimary end points were changes on the IIEF-ED domain score and penile rigidity score.

The mean IIEF-ED domain score of the participants increased to 18.8 ± 1.1 (P < .0001). For 22 patients (75.9%), the IIEF-ED domain scores were increased by 5 or more points, and the average improvement for all 30 patients exceeded 10 points. The erectile function of 8 patients had normalized at the second follow-up visit, and patients were able to function sexually without the use of medication.

In addition, all 3 hemodynamic penile parameters (maximum flow-mediated dilation [FMD]) and area under the curve FMD significantly increased (P = .0001) and were significantly associated with an increase in IIEF-ED domain scores (P < .05).

There were no complaints of pain related to treatment, and no adverse events were reported during follow-up.

Importantly, the 21 diabetic patients in this series had significant improvement in ED. “These men are normally very difficult to treat,” he said.

Elsewhere at the meeting, Dr. Vardi reported that the results from the first randomized sham-controlled study demonstrated that the application of the device directly to the penis has a significant effect on erectile mechanism and hemodynamics, compared with the sham intervention.

“The biggest problem with ED treatments is that the tablets are used on an on-demand basis and don’t work for a proportion of patients; that proportion may be 30% or 70%, depending on the population and the prescribing physician,” James Catto, MB ChB, PhD, FRCP, from the academic urology unit and Institute for Cancer Studies at the University of Sheffield, United Kingdom, told Medscape Medical News. “If tablets don’t work, we consider options like injections and pumps, which are much less palatable for the patient and his partner.”

The study was partially supported by an unrestricted grant from Medispec, the company that manufactures the ED1000 device that was used in the study. Dr. Vardi and Dr. Catto have disclosed no relevant financial relationships.