Haifa U. (Israel): Mortality Rates from COVID-19 Can be Reduced if People Meet only with people in Their Own Age Group 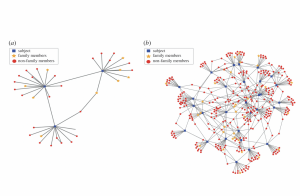 Just before Israel decides on a possible third shutdown, a new study undertaken at the Sagol Department of Neurobiology at the University of Haifa, and published in the journal Open Biology, found that mortality rates from COVID-19 can be reduced if people meet only with others from their own age group. Among people aged 55 and above, the mortality rate can be cut by up to 91% if those in this bracket meet only with family members living in their own home and with others of their own age. 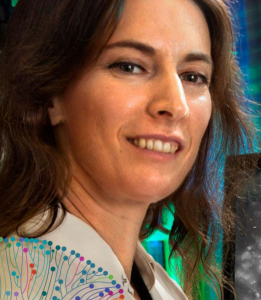 Dr. Shani Stern, senior author of the study, explains: “With the help of the mathematical model we built, we found that the mortality rate from COVID-19 can be reduced by ensuring age segregation in personal encounters. Different age groups, and particularly older people, should be able to meet others in their own age group by opening stores, cinemas, and restaurants at special times reserved solely for them.”

At the time of writing, there is a discussion in Israel about a possible third shutdown. Together with research student Liron Mizrahi and Dr. Huda Adwan Shekhidem of the Sagol Department of Neurobiology at the University of Haifa, Dr. Stern developed a computational model based on studies published in scientific journals concerning the rate of spread of the virus, period of morbidity, level of mortality, and the age distribution of the population in Italy and Israel. The model examines the spread of the virus among a virtual group of 50,000 people, divided into four age groups: 0-14, 15-34, 35-54, and 55 and above. Each age group meets only with family members living in the same home (without any restrictions) and with 14 other people in their own age group. All the participants maintain social distancing and wear masks. “We created various scenarios for possible exit strategies from shutdown, including restrictions on meetings between age groups. However, since social encounters are particularly important for the elderly population, we added new encounters within that age group, so that the total number of social encounters was not reduced,” Dr. Stern explained.

The analysis of the various scenarios shows that when each age group is allowed to maintain regular contacts, including social distancing and masks, while those aged 55 and above are only allowed to meet with others in their own age group, and with family members with whom they live, a reduction of 62% was seen in mortality, compared to the base scenario without any restrictions. Accordingly, the expected mortality among the population of 50,000 was 2,183 people – a reduction of 829 deaths for this scenario. This scenario added social encounters for those aged 55 and above with others in the same age group, so that the total number of encounters remained unchanged, and only the age profile changed.

According to the strictest scenario, each age group is only allowed to meet with others in the same group (and with family members living in the same home, without restriction), and no new contacts are added. This scenario led to a reduction of 91% in mortality compared to the base scenario – 189 deaths instead of 2,183.

The least successful scenario was based on maintaining the same social contacts while increasing distancing or ensuring stricter attention to wearing masks in meetings between different age groups. This scenario led to a reduction of 14% compared to the base scenario.

“We hope that a vaccine is close now. In the meantime, in order to avoid a total or partial shutdown, we can create microenvironments in which we allow people within the same age group to meet, for example at a supermarket or a restaurant. This can prevent the closure of businesses while still enhancing the protection of the population, and it can do so without totally isolating the older population, who needs social interactions more than we all do,” Dr. Stern explained.