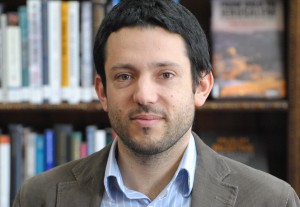 A second dose of the COVID-19 vaccine should be offered to individuals infected with the virus shortly after receiving the first dose, according to findings recently published by the Azrieli Faculty of Medicine of Bar-Ilan University and Ziv Medical Center.

The study tracked a cohort of 541 Ziv Medical Center health care workers – some of whom had already recovered from COVID-19 — to determine how those previously infected with COVID-19 responded to vaccination compared to those who weren’t infected.

In this joint study, health care workers at Ziv Medical Center, one of the main hospitals in northern Israel, regularly provided blood samples to measure their antibody levels following vaccination. A number of differences emerged following sample analysis of individuals infected pre- and post-vaccination, and those who were never infected.

“Our study suggests that two doses of vaccine are needed in those who were infected shortly after the first dose,” says epidemiologist Prof. Michael Edelstein, of Bar-Ilan University‘s Azrieli Faculty of Medicine. “Although it was conducted on a small cohort, our data suggest that a second dose provides optimal protection to those patients infected between doses,” he adds. Edelstein collaborated with Dr. Kamal Abu-Jabal, of Ziv Medical Center and the Azrieli Faculty of Medicine, and a team of colleagues from the hospital and the medical school.

The researchers stress that larger studies should confirm or refute the need for a second dose of COVID-19 vaccine in these individuals, in particular in the context of emerging variants against which vaccines are less effective.

The current findings build upon research published in February 2021 in the journal Eurosurveillance. In that study, on the same cohort of health care workers, the researchers reported evidence that those previously infected with the virus responded very strongly to one dose of the Pfizer vaccine, regardless of when they were infected and whether or not they had detectable antibodies against COVID-19 prior to receiving the vaccine.

Prof. Edelstein and colleagues are continuing to follow the cohort’s antibody response and immune system response, as well as the response to the third dose for those who receive it.