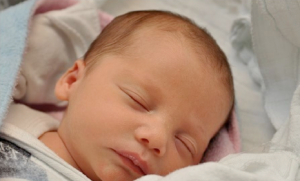 Physician/researchers at the Hadassah Medical Center have found that a large fetal head circumference is more strongly associated with unplanned cesarean and instrumental delivery than high birth weight.

The conclusion is based on an electronic medical records-based study of babies born between January 2010 and December 2012. The researchers’ analysis indicates that infants with head circumference larger than the 95th percentile were delivered vaginally in 62% of cases; unplanned cesarean deliveries were performed in 16%; and instrumental delivery in 11.2%. In contrast, 78.4% of infants with head circumference below the 95th percentile were delivered vaginally; 7.8% were delivered by unplanned cesarean; and 6.7% with instrumental delivery.

Further, they discovered that babies with high birth weight and normal head circumference were not associated with unplanned cesarean deliveries.

As Prof. Simcha Yagel, head of the Division of Obstetrics and Gynecology, explains: “It seems that there is greater difficulty dealing with a fetus with a head larger than average who is under the 95th percentile of weight than a big baby who has a higher-percentile weight, but whose head circumference is smaller.” Prof. Yagel brings out too that the research provides good reason to change the protocol relating to a large fetus.

“Many mothers,” Prof. Yagel explains, “could be allowed to have a natural vaginal birth that is safer both for the mother and the baby.” When the team looked at cases in which using a vacuum to deliver the baby failed and a cesarean had to be performed, he relates, it turned out that the failure was three times as high if the head circumference was larger than normal. Thus, a baby’s suffering could be reduced by not using a vacuum when it is unnecessary.

The authors note that “prospective studies are needed to test fetal head circumference as a predictive parameter for pre-labor counseling of women with big babies.”

Publication in The American Journal of Obstetrics and Gynecology