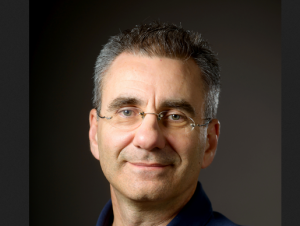 Quantum technology is poised to be the hot new technology of the 21st century and billions of dollars are being invested in the field as a result, with the expected investment going up to tens of billions in the coming years. Quantum clocks, computers, communications, sensors, are either here or just around the corner. Ben-Gurion University of the Negev is also investing heavily in this field, with impressive results.

Now, in an experiment at BGU, a very fundamental and unique effect of quantum mechanics has been observed in single isolated atoms, called geometric phase. A geometric phase appears when an atom is manipulated to evolve on the surface of a sphere, where the sphere is defined in the parameter space of the system.

The observed effect may be used in quantum computing, to sense Earth’s gravitational field, e.g. to find minerals and water, and in fact may be used in the accurate manipulation of any quantum system (optimal control).

BGU is now working on furthering the understanding of this effect and how to utilize it in advanced quantum technologies.

The project was funded by the Israel Science Foundation and by a German-Israeli DIP grant.

In Israel’s Negev desert, Ben-Gurion University of the Negev does the remarkable. Marking 50 years of cutting-edge science, BGU tackles humanity’s greatest challenges in the 21st century.

These findings were just published February 28 in a new article in Science Advances.