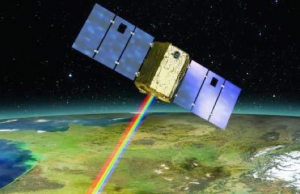 Tuesday 2 February, CNES President Jean-Yves Le Gall delivered a speech at the 11th Ilan Ramon International Space Conference in Herzliya, Israel, which focused on the theme “Space for Mankind’s Future”. He also took the opportunity to meet Isaac Ben Israel, President of the Israel Space Agency, and pay tribute to its outgoing Director General, Menachem Kidron.
This year’s conference, held under the patronage of Simonetta Di Pippo, Director of the UN Office for Outer Space Affairs (UNOOSA), took place on Tuesday 2 February in Herzliya, Israel. In his speech, Jean-Yves Le Gall addressed the perspectives for space agencies alongside ESA Director General Jan Wörner, ASI President Roberto Battiston and ISA President Isaac Ben Israel.
Jean-Yves Le Gall and Isaac Ben Israel then held a bilateral meeting to discuss current and future cooperation efforts. They conducted a status check of the Venμs mission (Vegetation and Environment on a New Micro-Satellite) that France and Israel are jointly developing to launch in 2017 on a Vega rocket from the Guiana Space Centre (CSG). Venμs will monitor vegetation at high spatial resolution and lay the groundwork for Copernicus services, as well as qualify the Israeli Hall Effect Thruster (IHET) system to operate in space.
The CNES and ISA Presidents also talked about the agreement signed in Jerusalem during the 66th International Astronautical Congress (IAC) on French-Israeli cooperation in space R&T. This agreement is paving the way for other areas of cooperation, for which a joint technology meeting was held at the Toulouse Space Centre on 27 January. Looking further ahead, a new “quick and cheap” climate-change mission was also discussed.
On the occasion of his visit, Jean-Yves Le Gall commented: “Being back here in Israel, where I have been coming for the last 30 years, and meeting once again with my old friends Isaac Ben Israel and Menachem Kidron is especially emotional for me. Besides our joint endeavours, which are set to scale new heights with the launch of Venμs from the Giana Space Centre and the promising areas we are working on together after the success of the COP21 climate conference, I would like to pay special tribute to Menachem Kidron, who has devoted his career to developing Israel’s space sector, and to the historic success of the 66th IAC he organized in Jerusalem, which was a milestone moment for the international space community.”