Hebrew U. (Israel): Brain Training May Help with Depressive Symptoms 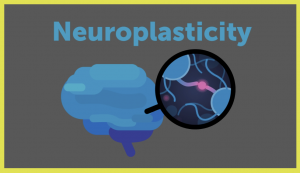 A study published this week in Nature: Scientific Reports suggests that addressing a common cognitive deficit in people with depressive symptoms may help address those symptoms. Researchers at Hebrew University, Dominican University, and Posit Science Corporation found a significant correlation between deficits in the cognitive skill of inhibitory control and depressive symptoms.

Inhibitory control is a cognitive skill that permits people to check an impulsive response and instead make a considered response more consistent with achieving their goals. Scientists believe that in people with depressive symptoms, deficits in inhibitory control can lead to sadness being triggered easily and repeatedly from information that others might ignore or suppress through inhibitory control – resulting in what is referred to as “rumination” or “brooding.”

The study used a computerized “go-no go” task to measure inhibitory control, in which participants were presented a target image and then were presented a mix of images, in which the target was present 20 percent of the time. As each image was presented for a split second, the participant needed to tap on the keyboard, if the image was not the target, and withhold a tap, if it was the target. Measuring the error rate provided the researchers with a measure of inhibitory control.

The study found that deeper depressive symptoms were associated with greater deficits in inhibitory control – regardless of the level of depression.

“Often we think of mood and cognitive function as being independent from each other,” observed Dr. Henry Mahncke, CEO of Posit Science, whose organization has pioneered computerized exercises which focus on training inhibitory control.

“These new results confirm an emerging understanding of brain health – that mood and cognitive function are both functions of brain health, and are deeply intertwined, with bi-directional relationships between cognitive performance and mental health,” Dr. Mahncke continued. “This study raises an interesting question – could improving inhibitory control through brain training improve mental health?”

More than 100 published studies of the exercises in BrainHQ have shown benefits, including gains in standard measures of cognition (attention, speed, memory, executive function, social cognition), in standard measures of quality of life (mood, confidence and control, maintaining independence, health-related quality of life) and in real world activities (gait, balance, driving, everyday cognition, work). BrainHQ is now offered, without charge, as a benefit by leading national and 5-star Medicare Advantage plans, and by hundreds of clinics, libraries, and communities.