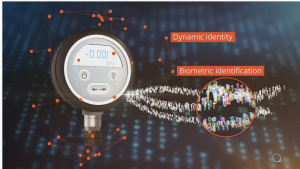 Cyberattacks on the Colonial oil pipeline in the US and a municipal water supply in Florida have again highlighted the vulnerability of vital infrastructure lifelines. IXDen has created the world’s best technology to protect our water, electricity, gas, oil and other critical infrastructure systems against attack, tampering and failure. IXDen was chosen by Israel’s Mekorot water company to protect its network – perhaps the world’s most relentlessly attacked system. With a system like IXDen, Mekorot could monitor the overall health of the water delivery systems nationwide and alert municipalities to potential failures or weaknesses that require immediate repair.

Its software-only technology predicts and rapidly detects cyberattacks and sensor problems, allowing network operators to take timely corrective action. IXDen uses a proprietary combination of behavioral and mathematical algorithms, AI, machine learning, and statistics to establish “normal” behavior for a group of sensors and actuators. Deviations in behavior trigger an alert so that operators can determine the cause and fix it.

IXDen’s novel software secures Industrial IoT sensors and data. Sensors monitoring physical parameters such as pressure, voltage, temperature, etc., are an increasingly important part of the evolving smart infrastructure. The sensors themselves, however, are a cybersecurity weak link, easy to infiltrate. IXDen uses artificial intelligence to create a multi-factor “biometric-style” profile for each sensor enabling rapid detection of intrusions, and predictions and recognition of sensor failure.

The company is already generating revenue and is in talks with Enel, an Italian electricity and gas manufacturer and distributor, for whom it successfully completed a PoC. The company forecasts a five-fold increase in orders by 2022 and has profit margins of 60-70%. IXDen was founded by experienced entrepreneurs who established and managed startups and held senior positions in Amdocs, Fundtech and Microsoft. This $5M Series A-1 round is being led by Israeli VC firm HIVE 2040 at a pre-money valuation of $11M.