Hebrew U.: Stray cats, invasive and destructive, How to Successfully Control Population Numbers 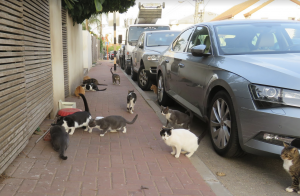 Hebrew U. Veterinary School Concludes 12-Year Study of Street Cats, Reveals How to Successfully Control Population Numbers. Increasing numbers of free-roaming street cats is a global problem.  In fact, stray cats are considered one of the world’s most invasive species.  However, while they pose a health risk to humans, destroy large numbers of wildlife and suffer from poor welfare, most people are reluctant to cull their numbers with the fierceness we bring to rat and cockroach populations. 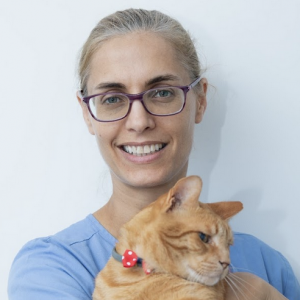 Currently, the most popular population-control method is called TNR in which cats are Trapped, Neutered and Returned to the same location.  Research led by Professor Eyal Klement and Dr. Idit Gunther of the Koret School of Veterinary Medicine at the Hebrew University of Jerusalem (HU) is the first time that a controlled study has investigated the impact of different protocols over a period of 12 years.  “Although this method has been implemented in various parts of the world, there was controversial evidence regarding its effectiveness for reducing cat populations and no hard evidence regarding its effectiveness in reducing cat- related nuisances or improving their welfare,” Klement explained.  Their findings show the importance of implementing a policy of continuously and intensively neutering cats throughout a city, and were published in the PNASjournal.

The study focused on one Israeli city (Rishon LeZion) and tried out different population –control methods over three 4-year periods.  In the first, there was no population intervention.  In the second, the researchers organized an intensive program of neutering of cats in half of the fifty zones of the city, while the remaining zones served as a control group in which the cats were left without any intervention.  In the third period, neutering was applied to the entire cat population of the city.

The study found that neutering in only half of the city zones did not reduce the cat population.  The researchers attribute this unexpected finding to the immigration of unneutered cats into the area.  In the third wave, a 7% annual reduction of cat population was achieved, but a rebound increase in the number of kittens was noted, probably due to an increase in their survival due to lack of competition with the neutered, less aggressive cats. “Intact cats are more territorial than their neutered counterparts.  Once they move into a neighborhood with neutered cats, they tend to thrive and take over,” explained Klement.

The ideal, according to the Israeli study, is to ensure that 70% of street cat populations are neutered continuously.  To negate the rebound effect, Klement suggests controlling cat food resources in parallel to the TNR campaign.  “This can be achieved by setting up feeding stations in agreed-upon locations and by prohibiting feeding in other public areas,” Klement said.  This would ensure cats are properly fed and a policy of neutering could be implemented easily by catching the cats when they come to feed.