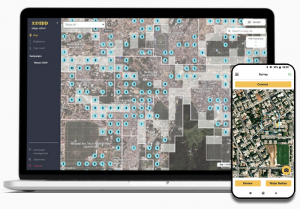 Winning first place honors is Zzapp Malaria, (based on technology from its parent company Sight Diagnostics, part of the OurCrowd portfolio) in second place is Aifred Health, followed by Marinus Analytics. These finalists were selected out of a pool of 10 semifinalists following presentations of their solutions to a panel of judges during an event held at TED headquarters in New York City last year. A $3 million grand prize, $1 million second place prize, and $500k third place prize will be awarded to the teams. In total, over 150 teams throughout the world joined the competition.

“After five years of hard work and dedication, XPRIZE is thrilled to announce Zzapp Malaria as the grand prize winner of IBM Watson AI XPRIZE,” said Anousheh Ansari, CEO of XPRIZE. “Zzapp Malaria, Aifred Health and Marinus Analytics are on the forefront of AI advancement, and we are looking forward to seeing firsthand the positive impact they will have on our future.”

“Each of the three finalists of the IBM Watson AI XPRIZE showcase what’s possible when the power of AI is used to address some of the world’s toughest challenges,” said Daniel Hernandez, General Manager, IBM Data and AI. “It’s inspiring to witness how the AI technologies we developed at IBM help these organizations realize and scale their good tech solutions to drive positive societal change.”

Based out of Tel Aviv, Israel, Zzapp Malaria is committed to malaria elimination. The team’s AI technology is geared towards tackling the main challenges faced by malaria elimination campaigns by creating custom models, built with tools like IBM Watson Studio for Cloud Pak for Data, to predict the number of small water bodies caused by weather, enabling it to optimize the timing for launching larviciding operations.

To determine the winner, XPRIZE AI convened a global jury of representatives from around the world. The jury evaluated each team based on their performance in the following four dimensions: achieved technical impact, evidenced real-world impact, scalability of real-world impact, and ethics and safety.

The winning teams were announced today in partnership with WIRED during the IBM Watson AI XPRIZE’s AI For Good fireside chat featuring Anousheh Ansari, CEO of XPRIZE, and Seth Dobrin, IBM’s Chief AI Officer. The two discussed the challenge and the importance of AI for the future of humanity. As part of their partnership with WIRED, XPRIZE opened up a public vote for the Most Inspiring Team, and Zzapp Malaria was selected as the winner. You can watch the full fireside chat and view additional content via WIRED’s content hub linked here.

Watson is IBM’s AI technology for business, helping organizations to better predict and shape future outcomes, automate complex processes, and optimize employees’ time. Watson has evolved from an IBM Research project, to experimentation, to a scaled, open set of products that run anywhere. With more than 40,000 client engagements, Watson is being applied by leading global brands across a variety of industries to transform how people work.