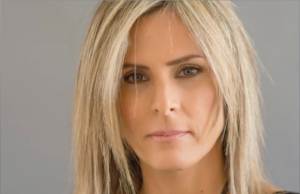 Facebook Inc. (Nasdaq: FB) has announced the appointment of Adi Soffer-Teeni as Israel country manager. She will manage the company’s commercial activity in Israel, and help customers and agencies to develop their marketing activities on Facebook.

Soffer-Teeni will also focus on establishing a team of local representatives at the Ramat Gan office. The team will work closely with Facebook’s Israeli team in Dublin.

Soffer-Teeni (42) comes to Facebook with a track record in marketing, e-commerce, and at start-ups. She served as chairwoman of English grammar and spellchecking developer Ginger Software Ltd. She previously served as managing director of the B2C unit of 888 Holding plc (LSE:888), one of the world’s largest and best known online entertainment companies. Before that, she was CEO of Kidum Group Ltd., Israel’s largest private education company.

Currently, 3.9 million Israelis use Facebook each month, 2.8 million of whom use it daily.

“Millions of people in Israel use our service daily, connecting with each other and sharing what is important to them,” said Soffer-Teeni. “Businesses are discovering the value of being part of this discourse, whether they are big brands or small and mid-sized businesses.”

Facebook Europe, Middle East and Africa regional director Diego Oliva said, “Facebook already benefits from very close relations with many Israeli companies and start-ups. The recent acquisition of Onavo, the opening of an office in Israel, and Adi’s appointment as country manager demonstrate that our commitment to Israel is stronger than ever.”

Facebook’s Israeli sales office is located in the offices of Onava, which it acquired in late 2013, and which now serve as Facebook’s first Israeli development center. Soffer-Teeni will oversee four employees and help Israeli businesses and advertisers advertise on Facebook.

Facebook’s progress is not yet completely clear, but its work with local advertisers will likely be carried out simultaneously with the activity of the Israeli representatives at the company’s Dublin office. In Dublin, small number of Israelis have been working for years with Israeli ad agencies. The two groups will work in parallel with the Israeli market.

In February, “Globes” reported that Twitter Inc. (Nasdaq: TWTR) also wants to enter the Israeli market and attract local advertisers. Although Twitter is considered a less popular social network in Israel than Facebook, it seems that Twitter’s executives are beginning to think about doing business here. Sources inform ”Globes” that Twitter is seeking salespeople to join its staff in Dublin, where the company will manage the portfolios of Israeli customers and businesses that want to use its online and mobile services.