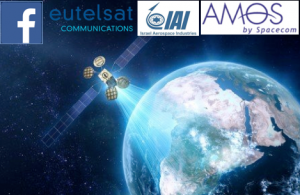 Eutelsat Communications and Facebook announced they are partnering on a new initiative that will leverage satellite technologies to get more Africans online. Under a multi-year agreement with Spacecom (Israel), the two companies will utilise the entire broadband payload on the future AMOS-6 satellite and will build a dedicated system comprising satellite capacity, gateways and terminals. In providing reach to large parts of Sub-Saharan Africa, Eutelsat and Facebook will each be equipped to pursue their ambition to accelerate data connectivity for the many users deprived of the economic and social benefits of the Internet.

Scheduled for start of service in the second half of 2016, the Ka-band payload on the AMOS-6 geostationary satellite is configured with high gain spot beams covering large parts of West, East and Southern Africa. The capacity is optimised for community and Direct-to-User Internet access using affordable, off-the-shelf customer equipment. According to the terms of the agreement, the capacity will be shared between Eutelsat and Facebook. 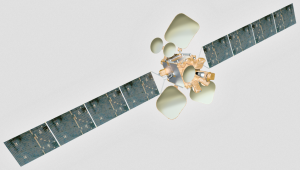 State of the art satellite technology to meet pent-up demand

Using state of the art satellite technology, Eutelsat and Facebook will each deploy Internet services designed to relieve pent-up demand for connectivity from the many users in Africa beyond range of fixed and mobile terrestrial networks. Satellite networks are well suited to economically connecting people in low to medium density population areas and the high throughput satellite architecture of AMOS-6 is expected to contribute to additional gains in cost efficiency.

The capacity will enable Eutelsat to step up its broadband activity in Sub-Saharan Africa that was initiated using Ku-band satellites to serve professional users. Eutelsat is establishing a new company based in London that will steer its African broadband vision and business. The company will be led by Laurent Grimaldi, founder and former CEO of Tiscali International Network, and will focus on serving premium consumer and professional segments. 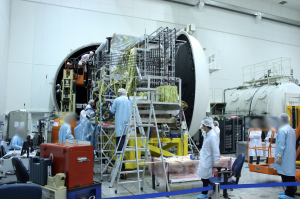 IAI is developing the AMOS-E Satellite: a small and light-weight advanced communications satellite

Two years ago, Facebook announced Internet.org, an effort to accelerate the rate of connectivity by addressing the physical, economic and social barriers that are keeping people from getting online. For Facebook, this satellite system represents one of many technology investments to enable cost-effective broadband access to unconnected populations. Facebook plans to work with local partners across Africa to utilise satellite and terrestrial capacity to deliver services to rural areas.

“Facebook’s mission is to connect the world and we believe that satellites will play an important role in addressing the significant barriers that exist in connecting the people of Africa,” said Chris Daniels, VP of Internet.org.  “We are looking forward to partnering with Eutelsat on this project and investigating new ways to use satellites to connect people in the most remote areas of the world more efficiently.”

Commenting on the agreement, Michel de Rosen, Eutelsat Chairman and CEO, said: “We are excited by this opportunity to accelerate the deployment of our broadband strategy and to partner with Facebook on a new initiative to provide Internet access services in Africa. Eutelsat’s strong track record in operating High Throughput Satellite systems will ensure that we can deliver accessible and robust Internet solutions that get more users online and part of the Information Society.”