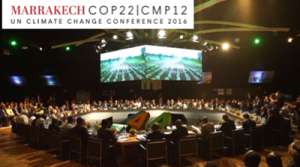 Biography: Ze’ev Elkin was born in 1971 in Kharkov, then part of the Soviet Union (today in the Ukraine), and studied Mathematics at Kharkov University from 1987-1990. Elkin immigrated to Israel in December of 1990.

Dr. Sinaia Netanyahu is the Chief Scientist in the Ministry of Environmental Protection. Her office supports academic and applicative driven environmental research, as waste to energy and alternative fuels among others. She is also responsible for advising the Minister, the Director General and the Ministry divisions on scientific, technological and strategic matters. Sinaia is a member of the following Board of Directors and Councils: The Oil Council, The National Company for the Protection of the Coastal Cliff, The National Bioethics Council, The Council for Advancing Women in Science, and The Public Statistics Council.

Sinaia served as a lecturer in both the Ben-Gurion University and the Hebrew University, and was the Director of Environmental Sustainable Finance at TAHAL Group.

Sinaia holds a B.A. in Economics and a Ph.D. in Agricultural and Resource Economics- both from the University of Maryland, USA.

David Hochschild was appointed by Governor Jerry Brown in February 2013. He fills the environmental position on the five-member Commission where four of the five members by law are required to have professional training in specific areas – engineering or physical science, environmental protection, economics, and law.

Commissioner Hochschild’s career has spanned public service, environmental advocacy and the private sector. He first got involved in the solar energy field in 2001 in San Francisco as a Special Assistant to Mayor Willie Brown where he launched a citywide $100 million initiative to put solar panels on public buildings. He went on to co-found the Vote Solar Initiative, a 60,000-member advocacy organization promoting solar policies at the local, state and federal level. He served as executive director of a national consortium of leading solar manufacturers and worked for five years at Solaria, a solar company in Silicon Valley. In 2007-2008, he served as a commissioner at the San Francisco Public Utilities Commission.

For his work to advance clean energy, Commissioner Hochschild was awarded the Sierra Club’s Trailblazer Award, the American Lung Association’s Clean Air Hero Award and the Department of Energy’s Million Solar Roof True Champion Award. Commissioner Hochschild holds a B.A. degree from Swarthmore College and a Masters of Public Policy degree from Harvard’s Kennedy School of Government and was a Coro Fellow in Public Affairs.

Laurel Hunt is the Secretary of the Mediterranean City Climate Change Consortium (MC-4), a global climate change response network focused on the five Mediterranean regions.  She also serves the Director of Strategic Partnerships at the Center for Urban Resilience at Loyola Marymount University.  In her third role, she is Managing Editor of Cities and the Environment (CATE) Journal, a peer-reviewed online publication dedicated to urban ecology research and practice that is supported by an LMU – U.S. Forest Service partnership.  Laurel is a guest lecturer in the Civil Engineering & Environmental Science graduate program at LMU.  She also represents the Los Angeles Regional Collaborative for Climate Action and Sustainability to the state-level Alliance of Regional Collaboratives for Climate Adaptation and is the Chair of the Process Working Group for the Los Angeles Resilience Initiative with the U.S. Green Building Council’s Los Angeles Chapter.  Her graduate degree is in Urban and Regional Planning with emphases on climate change adaptation, regional environmental sustainability and community-based participatory planning.

In recent years there is a clear move towards promoting “green building” including greening housing, green neighborhoods and green cities.

Part of the effort is originates from the desire to conserve natural resources and in part is related to the attempt to avoid environmental pollution and associated impacts of urban living, including those associated with climate change.

Along with energy efficient buildings we observe other initiatives such as zero energy consumption buildings, use of gray water to irrigate buildings’ yards and green roofs, rain water sensitive planning, use of compost for organic/food waste etc.

Consumers’ behavior as it is reflected in willingness to pay for green housing and developers’ action as it is reflected in adapting green code for buildings along with government’s incentive packages will be looked at from the Israeli experience and perspective using results from several research studies supported by our Ministry.

Dr. Cristina Tirado has been working on climate and environmental change, sustainable development, food and health issues with WHO, FAO, governmental and nongovernmental organizations and universities worldwide for 20 years. Currently she serves as adviser for the Pan American Health Organization and is adjunct professor at the School of Public Health of the University of California at Los Angeles. Her policy research focus on the co-benefits to health of climate change of adaptation and mitigation in the food & agriculture systems (sustainable production, consumption and waste reduction), and the co-benefits of green urban development. Cristina is moderator of the U.N. Standing Committee on Nutrition’s Working Group on Climate Change and Nutrition, contributing author of the Intergovernmental Panel on Climate Change’s (IPCC) last assessment report and she is a health advocate at the UN Framework Convention on Climate Change Conferences of the Parties. As director of the Center for Public Health and Climate Change at PHI she has been mainstreaming Climate Change and Health at the UN Conference on Non Communicable Diseases at the UN General Assembly, she has contributed to UNFCCC work and she has been a partnerships driver at the UN Conference Rio+20. Cristina has co-authored numerous research and policy publications and books. She is a DVM and has a MS and PhD degrees in environmental sciences from Cornell University.

Dr. Richard Worthington’s teaching, scholarly work and political activism all focus on the intersection of science, democracy and social change. He is especially interested in how science and technology can be shaped by common citizens, rather than by corporations and the military, with the goal of developing policies and actions that will aid in the transition to an equitable, democratic and ecologically sustainable society.

Richard is the author of Rethinking Globalization: Production, Politics, Actions (2000) and other works in science policy, environmental issues and politics in the Americas. Most recently, he was U.S. coordinator of World Wide Views on Global Warming, the first global citizen policy consultation in history, in which citizens in 38 countries deliberated on the policy questions later addressed at the 2009 United Nations climate summit in Copenhagen. Today, he is principal investigator of a National Science Foundation-funded project to study the process and outcomes of World Wide Views.

Through his classes, students have been involved throughout the greater Los Angeles area in hundreds of internships and community-based research projects in social and environmental justice. He also chairs the Board of Trustees of the Loka Institute, the mission of which is “making research, science and technology responsive to democratically-decided social and environmental concerns.”

I will review key results of the worldwide data to identify this strategy for citizen participation as a key component of resilience, incorporating qualitative observations about the events in places like California, Chile, Turkey and Egypt. An especially important emerging issue resulting from the Paris climate agreement is the national commitments for climate mitigation and adaptation: if those commitments are left to the usual methods of minimally-participatory policy making, one can argue (and I would definitely argue) that resilience will play second fiddle to an unwavering emphasis on high tech solutions that serve powerful countries and corporations, rather than a judicious mix of solutions that is driven by meaningful dialogue among all parties, including ordinary citizens, in the various places where commitments have been made.

Beatriz Yordi joined the European Commission managing Competitiveness and Innovation as head of the unit for Eco-innovation three years ago. She has set up a team working with a Community instrument on Eco-innovation, all forms of innovation reducing environmental impacts and optimizing the use of resources.

Beatriz joined the European Commission in 1994 and her work focuses on energy policy. She conceived of and implemented legislation under the Directorate General for Energy and Transport in the European Commission taking into account the EU’s priorities in the area of renewable energies and energy efficiency. She was also one of the primary forces behind the European Directive on electricity from renewable energy sources and the European Directive on Biofuels for transport and Communication “Renewable Energy Road map, Renewable energies in the 21 century, building a more sustainable future”. Beatriz is a physicist by training and she started her carrier at the Ciemat Centre in Madrid. She later joined the private sector at the electricity utility Union Fenosa and worked on solar photovoltaic energy production together with ENDESA and RWE.