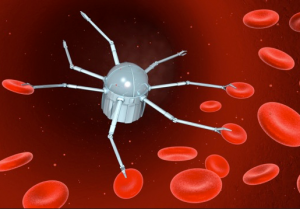 The Israel Innovation Authority is inviting Israeli companies along with academic nano-institutes to submit proposals to receive support for industrial cooperation with parallel German entities in the field of nanotechnology.

Head of the Israel Innovation Authority and Chief Scientist Avi Hasson: “The impressive achievements of nanotechnology in research and industry are a source of pride for us globally – these achievements reflect the state’s focus on this sector and the support it grants.”

Ilan Peled, Manager of Technological Infrastructure Arena in the Innovation Authority: “Our jumping off point, as the most advanced innovation agency in the world and as a senior partner in the effort to advance nanotechnology in Israel, was to make a significant contribution on the academic/research level and on the industrial/trade level, on several levels: creating academic excellence at the forefront of the technology, developing research capabilities and achievements, and combining resources and recruiting funding to establish research infrastructure and to train personnel for this sector.”

The program will support joint projects in the nanotechnology sector in Israel (business/industrial company + nano research center), cooperating with similar teams (company + research center) in Germany. The overall budget for the Israeli and German entities stands at €30 million for three years.

Nanotechnology (‘nanotech’) is seen by many as the tech field of the future. If the last decade focused mainly on research, the next decade will focus on implementation – and like the revolutions in cyber, apps, robotics and many other fields – the countries of the world are competing to build the ecosystem that will draw the leading companies in world to them. We are expecting to see more and more nanotechnology developments quite soon in new products and in existing products, which will change and improve these products immeasurably.

Israel, which understood the huge potential of this technology over a decade ago, has become one of the world’s leaders in the field of nano research. Over the last decade, the country has focused on creating a robust research foundation that can support a large industry. The Innovation Authority has supported the establishment and development of six academic research institutes among the world’s most advanced, and has invested in equipment and the highest quality personnel. Against this backdrop, according to the Authority’s estimates, about 200 new startups were established over the last decade in the field. Many are deep in the stages of development, with the State of Israel also encouraging the application of nanotechnology to traditional industry – in order to significantly strengthen these fields and keep them rooted in the country.

Nanotechnology is already taking a significant part of all aspects of life – from the undergarments we wear, the food we eat to medical equipment and medications.

Nanotechnology is a multidisciplinary field that improves existing technologies in a range of fields – energy, medicine, environment, commerce, electricity, textile and more. Until now, we have manufactured products according to the laws of physics – iron is strong and heavy and glass is transparent and fragile. But the field of nano deals on such small scales that the “old” laws of physics no longer apply. The rules are changing – nanotechnology will, for example, make glass five times stronger than iron, and iron six times lighter than the iron we know today. This is going to be an enormous revolution and will enrich industries around the world by billions of dollars.

The possibilities for industrial applications in this field are broad. For example, heavy ceramic body armor, thanks to nanotechnology, can be stronger than steel and six times lighter than the military armor we know today. In addition, the armor will be able to absorb strong blows, a rifle bullet for example, and disperse the energy across the entire surface of the material, which will prevent the bullet from penetrating the armor. 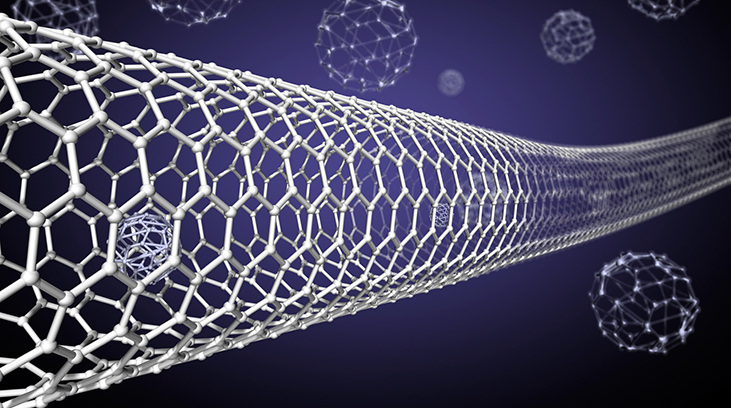 Another example from the textile industry can already be seen on the shelves of clothing stores in the U.S. but also in Israel. Anti-bacterial clothing, for example – nano-based fabrics with silver particles that kill bacteria absorbed in the cloth –prevent infections, odors, rashes etc. – a development the undergarment industry has been waiting for. We can only imagine what this technology may bring to other products – like diapers, or surgeons’ scrubs. Other examples we can already see on the market include Vulcan car batteries, that last twice as long as they used to thanks to nanotechnology, extra strong glass, like “glass iron,” that is being used in some smart phones, drapes or windows that can grow brighter or darker according to the level of sunlight, food products with an extended shelf-life of  2 or 3 times via the use of plastic and paper packaging with nanotechnology anti oxidation and anti-bacterial materials – something that may save billions of dollars all over the world.

Ilan Peled, Manager of Technological Infrastructure Arena in the Innovation Authority: “This is a fourfold cooperation of a company and research team from Israel and a company and applied research institute from Germany, carrying out applied industrial R&D together. This can contribute to industries in both countries and deepen cooperation between Israeli and German companies and between Israeli nano institutes and their German counterparts. Nanotech is the industry of the future in global hi-tech and Israel has set a goal of becoming a leader of this field, while cooperating with leading European countries.”