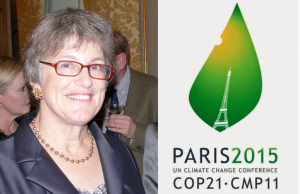 Mrs Bérengère Quincy, the French Ambassador for COP 21 will be in Israel on 18 and 19th of May in order to meet all the relevant stakeholders working on environment and climate change and the officials that will take part in the climate change negotiations (COP 21) in Paris.

She’s coming to Israel to:

–          help to mobilize public opinion and raise awareness around the issues of the Conference
–          collect the positions and priorities of the Israeli authorities in the negotiation, and know about the Israeli INDC* (national contribution).
–          Get the Israeli opinion (government, private sector, local communities) regarding the Agenda of solutions 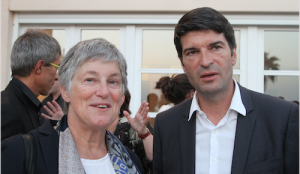 France will host and preside the 21st Session of the Conference of the Parties to the United Nations Framework Convention on Climate Change (COP21/CMP11), otherwise known as “Paris 2015” from November 30th to December 11th. COP21/CMP11, which will be held from 30 November to 11 December 2015 in Paris – Le Bourget, should be a decisive step in the negotiation of the future international post-2020 agreement. For the first time in over 20 years of UN negotiations, this future climate agreement will be universal and legally binding for all major GHG emitters, including both developed and developing countries. Subsequent COPs will finalize the details of the agreement so that it may enter into force from 2020, when the second commitment period of the Kyoto Protocol ends.

* Intended Nationally Determined Contributions (INDCs). The INDCs will largely determine whether the world achieves an ambitious 2015 agreement and is put on a path toward a low-carbon, climate-resilient future.