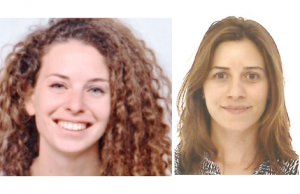 “Instead of bombarding our brain with repeated practice and training, people can utilize our new framework and improve learning with only several brief but highly efficient reactivations of a learned memory,” said Dr. Nitzan Censor of TAU’s School of Psychological Sciences. “In our study, instead of repeating a computer-based visual recognition task hundreds of times, participants were briefly exposed to just five trials — each lasting only a few milliseconds.

“Our results can facilitate the development of strategies geared to substantially reduce the amount of practice needed for efficient learning, both in the healthy brain and in the case of neurological damage or disease.”

The research was spearheaded by Dr. Censor’s students Rony Laor-Maayany and Rotem Amar-Halpert, and published in Nature Neuroscience.

In procedural learning, individuals repeat a complex activity over and over again until all relevant neural systems work together to automatically produce the activity. It is essential for the development of any motor skill or cognitive activity.

The researchers hypothesized that brief periods of memory reactivation would be sufficient to improve basic visual perception and yield a full normal learning curve, supporting a new paradigm of human learning dynamics. They based their hypothesis on knowledge accumulated from studies in animal models. 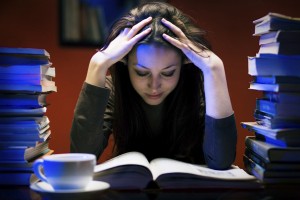 For the study, 70 participants performed a visual discrimination computer-based task, in which visual stimuli flashed on a screen for several milliseconds. Afterwards, participants were required to learn to discriminate between features within a visual stimulus (for example to report whether the orientation of lines was vertical or horizontal). Such discrimination performance constitutes a common measure of human visual perception. The results revealed that subjects who underwent exposure of several seconds to a learned task later demonstrated the completion of an entire learning curve.

“After we conducted this basic and common visual discrimination task, participants returned for a session in which the visual memory was briefly reactivated and the task performed for only several seconds,” said Dr. Censor. “A memory of the task was created and encoded in the participants’ brains as they performed the task.” The subjects then participated in three additional sessions spread over three days, in which the memory of the initial visual task was briefly reactivated five times, the visual stimuli flashing for several milliseconds. On a separate day, the participants’ performance rate was measured and compared to that of control subjects who had undergone a standard training protocol.

“Additional control experiments were carried out,” said Dr. Censor. “These all suggested that we can leverage a new form of learning — reactivation-induced learning. Accordingly, brief ‘ignitions’ of the memory are sufficient to activate and improve the memory network encoded in our brains. This efficiently yields a full typical learning curve and challenges the ‘practice-makes-perfect’ basis of procedural learning.”

The researchers are currently studying the neural mechanisms underlying this novel reactivation-induced learning.