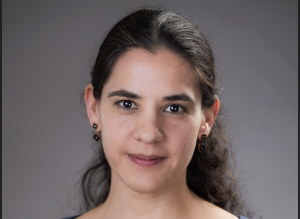 What if the secret to reversing aging is not an elixir of life but identifying the genes that control aging and then reversing the damage to them? That is the premise behind Ben-Gurion University of the Negev’s Dr. Debra Toiber’s research into one key gene – SIRT6.

“My research for the last several years has focused on unlocking the secrets of SIRT6, which we discovered plays a number of prominent roles in aging,” says Dr. Toiber of the Department of Life Sciences in the Faculty of Natural Sciences and BGU’s Zlotowski Center for Neuroscience.

In her latest study, Dr. Toiber and her team were able to identify a handful of genes that are affected in pathological aging, but not in normal aging. Moreover, from these genes, there are some that can be reversed by interventions such as calorie restriction.

Dr. Toiber and her team have found in previous studies that SIRT6 plays an instrumental role in DNA repair and serves as a first responder in DNA double strand breaks, immediately going to work but also signaling to other proteins to come help repair the damage. Toiber believes one of the main causes of aging is the accumulation of unrepaired DNA damage, which can lead to neurodegenerative diseases such as Parkinson’s and Alzheimer’s.

Since there are many changes in aging and in these pathologies, the Toiber group compared SIRT6-impaired mice to regular mice, both the same age and compared to older mice. Using their knowledge of SIRT6, they were able to narrow these changes down and discern the genes that could predict whether a brain is moving towards healthy aging or pathological aging. What is more, they were able to determine which genes are better candidates for targeted therapies – those whose damage can be reversed.

So, in the future a test for changes in a set of genes could tell us whether we are heading towards healthy aging.

Ben-Gurion University of the Negev (BGU) is the fastest growing research university in Israel. With 20,000 students, 6,000 staff and faculty members, and three campuses in Beer-Sheva, Sde Boker and Eilat, BGU is an agent of change, fulfilling the vision of David Ben-Gurion, Israel’s legendary first prime minister, who envisaged the future of Israel emerging from the Negev.

BGU is also a university with a conscience, active both on the frontiers of science and in the community. Over a third of our students participate in one of the world’s most developed community action programs.