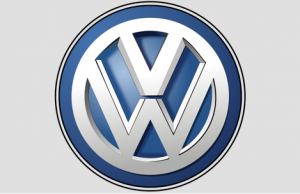 Israel’s Environment Ministry said on Wednesday it informed European regulators two years ago that local testers had been unable to test Volkswagen diesel vehicles at higher speeds because of a component placed in engines by the company. Volkswagen had instructed that diesel vehicles be tested at 4,000-5,000 revolutions per minute (RPM) but, according to the ministry, the vehicles could not be tested above 2,500 RPM because of the component.

According to the Calcalist financial news website, the component in the vehicles’ computer system prevented engines from reaching the maximum RPM under testing, meaning emission levels would not register at their “on the road” values. As Israel abides by European standards, the ministry said it reported the issue for clarification to CITA International Motor Vehicle Inspection Committee, but was told no changes were required.

A spokesman for Champion Motors, the VW importer in Israel, said there was a meeting with the ministry two years ago, and Volkswagen had advised to continue testing at 2,500 RPM. “There’s nothing true that there was a problem,” he said. The ministry said the issue was not related to VW’s current emissions testing problems.