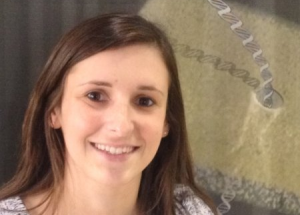 Tal Gilboa, a doctoral student at the Technion Faculty of Biomedical Engineering, will receive the Clore Fellowship for outstanding scientists in November

In early November, Tal Gilboa, a doctoral student in the Faculty of Biomedical Engineering at the Technion, will receive the Clore Fellowship for 2017. The $89,000 award includes a three-year fellowship, an allowance for research-related expenses and a personal award. The Clore Fellowships are awarded by the Clore Foundation to outstanding young scientists in order to promote scientific excellence in Israel.

Gilboa, the daughter of Orna and Rony Hitron, was born and raised in Nesher and attended the Nesher Comprehensive High School. She served as a logistics officer in the Nahal Brigade (and as a deputy company commander in the reserves) and began studying at the Technion after a trip around the world. Today she is 32, married with two children.

“I decided to study at the Technion and looked for an interdisciplinary degree,” she says, “and so I came to the Faculty of Biomedical Engineering – a faculty that instills and integrates knowledge in a variety of disciplines: electricity, computers, biology, optics, signal processing, mathematics and of course medicine. In my opinion, this is a fascinating field that uses engineering tools for improving and saving lives.” After earning her undergraduate degree, she continued in the direct PhD track in Prof. Amit Meller’s lab, where she is conducting the study that earned her the Clore Fellowship: the development of a bio-sensor to monitor individual DNA molecules in minute quantities for the purpose of personalized diagnostics. The new technology is based on passing DNA molecules through a nanopore with a diameter of less than 4 nanometers. As part of Gilboa’s research, the lab developed a system that includes optical reading of the DNA molecule as it is passing through nanopore. The characterization method is based on marking specific regions of diagnostic importance in different colors, identifying the color sequence as the DNA moves through the pore and classifying the molecule according to the signal obtained. Cross-referencing the optical and electric data obtained provides unprecedented accuracy in characterizing the molecule. The system built at the Technion enables the characterization of a single molecule but also an accumulation of heterogeneous molecules, thus providing critical diagnostic data such as accurate characterization of various infections and bacterial resistance to antibiotics – the area on which Gilboa is concentrating in her research.

ACS Nano recently published another use of this system: monitoring sub-methylation in the DNA molecule. Disruptions in the methylation process are liable to lead to diseases, including various cancers. Current methods for monitoring methylation levels in DNA molecules have significant limitations which the new detection method has managed to overcome. The study was carried out in collaboration with doctoral student Chen Torfstein of Prof. Meller’s research team and researchers from Germany and Tel Aviv University.

“The Clore Fellowship is given based on one criterion alone- academic excellence,” says Prof. Meller, who has been Gilboa’s advisor since she began her master’s degree and now for her doctorate. “Tal is developing a revolutionary genomic method for identifying antibiotic-resistant bacteria, combining analytic capabilities from the field of signal processing, experimental research in optics and nanomaterials, and work in molecular biology.” In addition to being a diligent and outstanding researcher, which has been reflected in her publications in scientific journals, she has twice been named Outstanding TA in the Computerized Biomedical Design course, which has become a hit, largely thanks to her. She is now the first student at the Faculty of Biomedical Engineering to win the Clore Fellowship, and for us this is a very significant event and a source of great pride.”