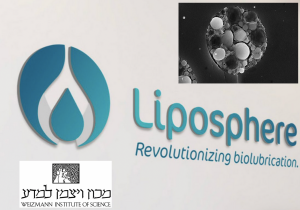 What copes with heavy pressure and exists in a state of constant friction, decade after decade, yet barely gets worn down? The answer is the cartilage padding our joints – actually a marvelous system that both absorbs shocks and lubricates the joints, allowing bones to slide easily against one another. Inspired by the makeup of cartilage, Weizmann Institute of Science researchers have created new kinds of hydrogels that reduce friction tens of times better than existing hydrogels, and which may have a variety of new biomedical applications.

The group of Prof. Jacob Klein in the Institute’s Molecular Chemistry and Materials Science Department has, for the past two decades, been seeking better insight into the lubricating properties of the outermost layer of cartilage in our joints. They want to understand both what makes it so durable and efficient and how to alleviate the eventual effects of its wear and tear – for example, osteoarthritis. This layer has a lower friction coefficient – a means of measuring how much effort is involved in sliding one material against another – than any man-made material. The lubricating effects, they have found, are based on lipids – the same fatty molecules that make up cell and other membranes in the body. 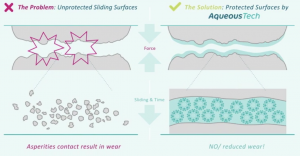 These molecules have a head and a tail: The tail is hydrophobic, or “water-hating,” the head, hydrophilic, or “water-loving.” When these molecules are organized with their water-loving sides out, the cartilage surface becomes hydrated. The chemical and electrical properties of this layer bind it tightly to the cartilage surface, making it resilient under pressure but keeping it well lubricated with a thin, friction-reducing fluid layer that enables the bones in our joints to slide, swivel and pivot for years on end.

In the new study, Klein and Dr. Ronit Goldberg, a former doctoral student in his group, together with research fellow Dr. Weifeng Lin, postdoctoral fellow Dr. Monika Kluzek and Senior Staff Scientist Dr. Nir Kampf, with Dr. Eyal Shimoni of the Chemical Research Support Department, created new hydrogels inspired by that lubricating layer on the cartilage surface. They inserted “microreservoirs” of various lipids into the gels. These lipids are released when there is friction acting on the gel’s surface.

“In living systems, molecules like complex lipids are created within the cells, and they are stored or exported in tiny vesicles, or liposomes. We used that insight in our synthetic hydrogels to create microscopic lipid ‘stores’ or reservoirs distributed throughout the gel,” explains Klein. “As the friction and wear take off a bit of the gel surface – mere microns at a time – new lipid lubricants get exposed. That way, the lubrication at the surface is continually renewed.”

The new gels performed up to 100 times better at reducing friction and wear than regular hydrogels. That remained the case even when the group tested them by applying different speeds or contact with different materials – for example, metal or glass. And they found that if the gels dried out, they could be rewetted without harming their lubrication abilities – a property that could give them long shelf life and that suggests innovative new uses.

Already on their way out of the lab 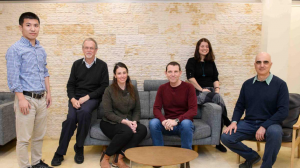 Hydrogels are mainly water, with very small amounts of other additives. That makes them safe to use in contact with the body’s soft tissue, and this has led to their widespread use in the biomedical industries. A commonly used example is soft contact lenses. A new gel with better lubricating properties could have applications in the near future in uses such as stent insertion and tissue engineering. It could also lead to the development of artificial joints that can better withstand wear and tear, so that replacement joints last longer and cause fewer problems than those inserted today. To advance these various applications, a startup called Liposphere was established in 2019 under license from Yeda Research and Development, the technology transfer arm of the Weizmann Institute of Science. Its founders are Drs. Ronit Goldberg (who is the CEO) and Sabrina Jahn, another former postdoctoral student in Klein’s group. In 2020, Nature and Merck named Liposphere “one of the 44 most exciting, science-based firms spun out from academic environments” worldwide.