Haifa and Tel Aviv Universities: TiME Continues to Purchase Areas that are Home to Species at Risk of Extinction 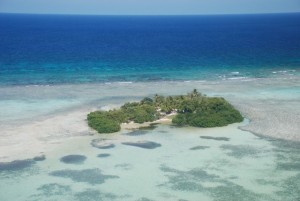 TiME Continues to Purchase Areas that are Home to Species at Risk of Extinction – This Time a Strategic 5 acre Area of Coral Reef in the Caribbean.
Species at risk of extinction in the area, which will now become a nature reserve, include hawksbill and leatherback turtles and goliath groupers, as well as other species of animals and marine flora.

The effort to save the world continues. For the third year in succession, the members of the organization TiME (This is My Earth) have managed to raise funds to purchase an area to turn it into a nature reserve, thereby saving the species that live there and are in danger of extinction. This year, for the first time, TiME will purchase a maritime area – a coral reef off the coast of Belize. The members of the organization – which is open to anyone of any age from anywhere in the world – will thereby help save the hawksbill and leatherback turtles, the goliath groupers, and other species of animals and maritime flora, all of which are at varying levels of risk of extinction. “Until now we have saved areas of land, but now for the first time we have an opportunity to save an area of sea. The atoll – an island created on the basis of a coral reef – is amazingly beautiful, and many developers would be happy to purchase the area and exploit it. That would almost certainly harm the species that live there, which already face the real and existential threat of extinction,” explained Prof. Uri Shanas, the founder of TiME.

TiME was established three years ago by Prof. Shanas from the Department of Biology and Environment at the University of Haifa in Oranim, who was joined by Prof. Alon Tal from Tel Aviv University. TiME is a democratic and international organization that allows any individual of any age to contribute according to their ability, from as little as one dollar. Every member has an equal vote regardless of their donation. Every year the members of the organization are presented with three areas around the world, chosen by the scientific committee, that are home to a wide range of species at risk. The members vote to decide which area will be purchased and become a nature reserve managed by a local organization.

As noted, this year the organization will purchase a 5 acres of coral reef on Turneffe Atoll, off the coast of Belize. In accordance with the organization’s principles, the area will not be owned by TiME but will be transferred to a local organization, Turneffe Atoll Trust (TAT), in order to avoid the phenomenon of “green colonialism.”. Prof. Shanas explains that the strategic location of the coral reef that will become a nature reserve will make it harder for developers to establish large-scale tourism or economic enterprises in the whole area, so that TiME will actually save a much larger area.

“As we explained when we launched the project, 2.3% of the Earth is defined as ‘biodiversity hot spots’ with diverse biological richness, including species of flora and fauna that are in danger of extinction. Accordingly, even the relatively small areas we purchase can make a significant contribution to protecting many species. For the third year running, we are proving that this method, which was at first seen as naïve, actually works and is managing to change a reality that is pretty miserable even according to the most optimistic forecasts.

Alongside the educational institutions – from elementary schools to universities – that have adopted us over the past few years, private companies and local authorities have also begun to take an interest and adopt us. This expansion in Israeli society is very encouraging. Apart from getting across our message, the goal of TiME is to give people tools for involvement and enable them to feel the satisfaction that comes from working to save the Earth,” Prof. Shanas concluded.