Eco Wave Power and CIMC OEI: MOU for the D&C of the EWP’s Technology in China 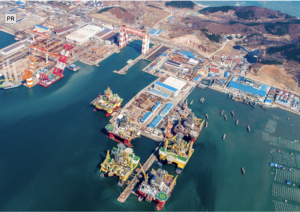 Eco Wave Power Global AB announced the signing of a Memorandum of Understanding (MOU) with CIMC Offshore Engineering Institute Co., Ltd., otherwise known as CIMC OEI. The parties would work towards the promotion of a pilot plant in China based on Eco Wave Power’s technology and explore possibilities for offshore application of the Eco Wave Power technology. The parties also plan to collaborate on preparing and submitting written joint submissions to various state and municipal entities in the People’s Republic of China. In addition, it is CIMC OEI’s intention to introduce Eco Wave Power to potential clients and support negotiations with CIMC OEI’s existent clients and ports within China, for the purpose of technology commercialization. CIMC OEI will also provide engineering services to selected projects. The term of the MOU is for two years, and it may be extended by the parties.

Mr. Liu Dahui, Chief Engineer at CIMC OEI stated: “The collaboration between Eco Wave Power and CIMC OEI is in line with our pioneering vision for the implementation of innovative renewable energy sources in the People’s Republic of China. Since 2017, we have been examining the possibility of collaboration with offshore wave energy developers. However, after thorough market research, we have decided to promote collaboration with Eco Wave Power, which we view as a promising new direction for the industry.”

Ms. Inna Braverman, Founder, and Chief Executive Officer of Eco Wave Power stated: “Yantai CIMC Raffles Offshore Limited (“CIMC Raffles”) has delivered more than 100 offshore and marine equipment, including 11 deep-water semi-submersible drilling rigs, which accounts for 80% of units delivered by China and 25% of the market share around the world. With this kind of market spread capabilities, coupled with CIMC’s approach for innovation, we believe that the collaboration with CIMC Raffles may significantly reinforce Eco Wave Power’s penetration strategy to innovative markets, with high levels of energy demand, while also reinforcing CIMC’s portfolio of innovative solutions.”

Eco Wave Power is recognized as a “Pioneering Technology” by the Israeli Ministry of Energy and was labeled as an “Efficient Solution” by the Solar Impulse Foundation. Eco Wave Power’s project in Gibraltar has received funding from the European Union Regional Development Fund and the European Commission’s Horizon 2020 framework program. The company has also received the “Global Climate Action Award” from the United Nations.