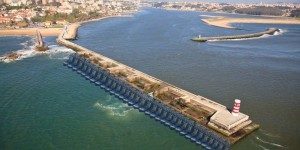 Publicly traded wave energy developer, Eco Wave Power (Israel), signed strategic collaboration with Painhas for the technical support for the licensing of its’ Portugal project. Painhas, which was founded in 1980, has more than 40 years of experience in providing engineering and construction, operation and maintenance services for the energy sector in Portugal and other countries (including Production, Distribution and Power Transmission sectors)

Painhas will take an integral part in the technical support needed for the official licensing procedures for the Eco Wave Power planned 20MW wave energy project in Portugal, as part of the company’s newly signed Concession Agreement with the Port Authority of Leixões, APDL.

Once licensing is obtained, the parties will work towards a continued collaboration for the execution of the project.

Helena Painhas, member of the board, said: “The Company has a mission of taking an active part in the implementation of innovative renewable energy sources in Portugal. In the past, we have provided our engineering and construction services to the wind, solar and hydro industries, and we believe that now it is the right time to expand to the promising wave energy sector, through our collaboration with Eco Wave Power”

Inna Braverman, Founder and CEO of Eco Wave Power said: “We are very pleased to announce our strategic collaboration with Painhas, which is a top tier expert in the energy sector in Portugal. We believe that such collaboration will shorten our licensing procedures and enable us to reach the next step of our Portugal project.”

Painhas was founded in 1980 in Viana do Castelo and has more than 40 years of experience in the energy and telecommunications sectors. The Company executes engineering, procurement, construction, maintenance and management of operations across the energy sector value chain, developing its’ activity in the areas of production, transport, distribution and maintenance of networks and infrastructures across Europe and Austral Africa. With more than 2000 direct employees, Painhas SA has specialized management and operational teams, with significant skills, resources, equipment and technologies adapted to the needs of its’ costumers. Throughout its history, the company has participated in key national projects, giving its’ contribution in the development of energy production infrastructures for renowned entities.

The Company has integrated the Eolicas de Portugal cluster, responsible for the installation of 1200MW of wind power in recent years. In addition, it also participated in the development of wind farms by EDP, Gamesa, VentoMinho and Generg and participated in large scale hydroelectric projects, such as the projects of Venda Nova and Salamone, in partnership with Siemens and the Tamega Hydroelectric project for Iberdrola. The company has also participated in the execution of the waste treatment plant in Mirandela, as well as electric biogas plant and several photovoltaic parks in Spain. Due to the Portuguese Government´s plan to make the country carbon-neutral by 2050, with 80% of electricity to de derived from renewables by 2030 and in particular in solar energy, the Company has prepared and is now one of the key players in EPC contracts for solar photovoltaic projects, helping to achieve the Government ambition.

EWP is recognized as a “Pioneering Technology” by Israel’s Ministry of Energy and was labelled as an “Efficient Solution” by the Solar Impulse Foundation. Furthermore, EWP’s project in Gibraltar has received funding from the European Union Regional Development Fund and from the European Commission’s HORIZON2020 framework program. The company was also recently recognized by the United Nations in receiving the “Climate Action Award”, which was granted to the company during COP25 in Madrid, Spain.