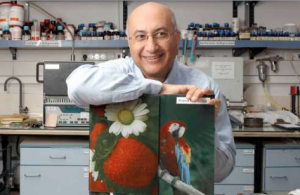 The Hebrew University of Jerusalem today launched The 3D and Functional Printing Center, Israel’s first center with a focus on research in 3D and functional printing. Situated near the University’s Center for Nanoscience and Nanotechnology on the Edmond J. Safra campus, the Center will enable researchers to explore scientific and technological avenues in this emerging field, while exposing them to Israeli and international industry.

3D printing is the process of creating real-world objects from digital models. Coupled with functional printing, which adds functions such as light emission or movement to a printed product, this ever-expanding technology is enabling formation of new functional structures, such as printed robots, new plastic solar cells, military and medical equipment, radiation and light detectors, smart windows, sophisticated drug pills  and even human organs.

The 3D and Functional Printing Center at The Hebrew University will function as a central “printing lab” that provides accessibility for Hebrew University researchers to the printing technologies and infrastructure needed to perform high-level research in this field. The Center’s equipment spans numerous technologies such as inkjet printing, digital light processing, fused deposition modeling, powder printing and laser sintering.

The new Center’s director, Prof. Shlomo Magdassi, said: “The 3D and Functional Printing Center will be an interdisciplinary hub catering to researchers and students from across the university’s scientific disciplines. In addition to chemists and physicists who are already in the field, the Center will invite researchers from biology, medicine, agriculture and computer science to move into this sphere. By encouraging scientific collaborations between researchers from different disciplines, I expect we will see new breakthroughs based on their synergistic expertise.”

In his research as The Enrique Berman Chair at the Casali Center for Applied Chemistry, the Institute of Chemistry and the Harvey M. Krueger Family Center for Nanoscience and Nanotechnology at the Hebrew University, Prof. Magdassi focuses on materials science and nanotechnology. His licensed inventions include conductive inks composed of nanoparticles for printed circuit boards, glassjet inks for printing on windows, black coatings for solar energy harvesting and transparent conductors for printing touch screens.

Described by The Economist magazine as “the third industrial revolution,” 3D printing emerged into the scientific and technological domain several years ago, with the availability of inexpensive printers. Known also as additive manufacturing, 3D printing is achieved using an additive process, where successive layers of materials are laid down in different shapes and create three-dimensional objects of almost any shape or geometry.

To date, research in this area at the Hebrew University has yielded many scientific papers and has led to the establishment of a number of companies. Technology commercialization activities, which are carried out by Yissum, the Research and Development Company of the Hebrew University, include a license agreement and research collaboration with Israel Chemicals; as well the companies Nano Dimension, which is developing a printer for multilayer printed circuit boards; Steam, which developed Ripples, a system for printing high-resolution designs on lattes, cappuccinos, or any foam-topped drink; and Dip-Tech, the leading supplier of digital glass printers and digital ceramic inks.

Prof. Shlomo Magdassi said: “We hope to break new ground in various disciplines and integrate 3D and functional printing into various industrial manufacturing processes, such as in printed electronics, food, medical implants, vehicles, security, and even architecture and the construction of buildings.”