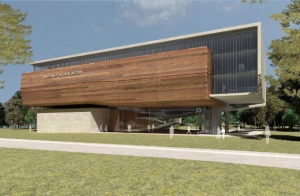 Prof. Tamar Dayan, Director of the Museum, says, “Taxonomic research – identifying species and understanding their basic biology and evolutionary relationships – is key to conservation, sustainable use, and management of ecosystems. It’s also important for  agriculture, health, biotechnology and security.

“The taxonomic work at the Museum is crucial for the basic and applied study of all living organisms. To cite the founding father of taxonomy, Carolus Linnaeus, ‘If the names are unknown, knowledge of the things also perishes,’” quotes Dayan. 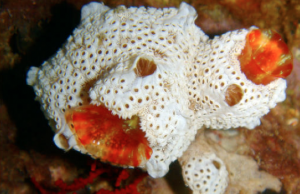 The Steinhardt Museum of Natural History, Israel National Center for Biodiversity Studies, is a priceless national treasure with about 5 million specimens of animals and plants that tell the story of biodiversity of the Middle East during the past century and the history of humankind across millennia. Among the unique specimens are the last cheetah from the Middle East, the earliest modern humans out of Africa, the last leopards from the Galilee and the Judean Mountains, and evidence of the earliest farming communities in the Middle East.

Slated to open to the public in January 2017, the Museum is recognized as a national research infrastructure under the academic auspices of the Israel National Academy of Sciences and Humanities, and benefits from an association with TAU’s George S. Wise Faculty of Life Sciences, the Sackler Faculty of Medicine, and the Lester and Sally Entin Faculty of Humanities. It has an 80-strong staff and its core objectives are recording biodiversity, performing scientific study, training professionals and holding public outreach programs. Research at the Museum supports policy and decision makers across a wide range of areas, including agriculture, wetland management, marine resource exploitation, flight safety, health, landscape conservation and biological pest control, among others.

Each year, about 100,000 visitors are expected to visit the Steinhardt Museum. The new building encompasses 9,620 square meters and has many unique features. These include the Ark – an exhibition space evoking the Biblical Ark of Noah that will enable families and other visitors to get a rare glimpse of fascinating specimens from among the millions in the collection. Other facilities include the World of Knowledge Wing – a space for outreach and science-enrichment programs that will open up the world of higher education and scientific research to young people from all backgrounds, as well as train park rangers and nature guides.