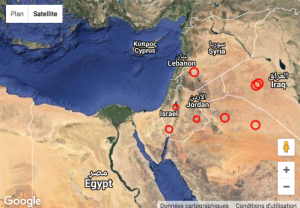 “Earth is trembles… not me!”. It is the tragicomic title of the conference organized by the French Friends of the Tel Aviv University, Sunday February the 28th – 19:00. This outstanding conference that will keep the audience in suspense will be given by Dr. Gilles Hillel Wust-Bloch.

Each year, 4.7 million people are affected by earthquakes. In Tel Aviv, seismologists have developed a new system to prevent such disasters.