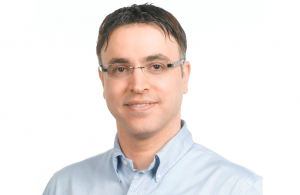 Technion received Phase II funding through Grand Challenges Explorations, an initiative created by the Bill & Melinda Gates Foundation that enables individuals worldwide to test bold ideas to address persistent health and development challenges. Professor Hossam Haick will continue to pursue an innovative global health research project, titled “Self-Administered Adhesive Patch for Detection of Tuberculosis”.
“In regions where poverty became a master, the Bill and Melinda Gates Foundations is an indispensable source to efficiently harness the wisdom of experts and the insight of the pertinent global health and development challenges. With the support of the Gate’s Foundation, we are developing an array of rapid, accurate, and affordable tool that shall contribute for increasing the survival rate of Tuberculosis patients, and, also, in arresting the disease transmission. Ultimately, we hope these advances could contribute for the democratization of health globally.” Said Prof. Haick
In 2012, Prof. Hossam Haick was awarded a Phase I grant for BMGF program.  Grand Challenges Explorations (GCE) Phase I recognizes individuals worldwide who are taking innovative approaches to some of the world’s toughest and persistent global health and development challenges.  GCE invests in the early stages of bold ideas that have real potential to solve the problems people in the developing world face every day.  Phase II recognizes those ideas that have made significant progress toward implementation.
Prof. Hossam Haick’s project is one of the Phase II Grand Challenges Explorations grants announced today. More than two billion people are estimated to be infected with M. tuberculosis (TB), from which 10% progress to active tuberculosis during lifetime. About 95% of TB cases occur in developing countries, where individuals live on $1 per day. The ultimate goal of the present project is the development of a stand-alone TB test consisting of adhesive patch that allows immediate diagnosis of TB from skin samples within 2-5 min at much lower costs and greater affordability than the current approaches. The novel TB sensing patch is designated for application on the chest of the patient, either in the clinic or by the patient at home, and will be suitable for children as well. The possibility of performing the test at home by the patient will allow the patient to participate actively in the prevention and detection of TB by continuous monitoring of at-risk populations such as health workers, family members of TB patients, smokers, HIV-carriers, etc.  This 2-5 minute examination results in either a GREEN LIGHT when the user is healthy (i.e., has no TB) or RED LIGHT when active TB is present.

The development of rapid, accurate, and affordable sensing patches for diagnosis of “active TB pulmonary disease vs. non-TB pulmonary disease and latent TB” will contribute for increasing the survival rate of TB patients, and, also, in arresting the disease transmission. Successful completion of all of these short-term and long-term goals will provide TB sensing patch that could be used at resource-poor central reference laboratories, hospital and clinic laboratories, and/or at the point-of-care, thus helping to increase the TB screening and saving at least 400,000 lives every year.

About the Technion-Israel Institute of Technology
Founded in 1912, the Technion – Israel Institute of Technology is the oldest university in Israel. The Technion offers undergraduate and graduate degrees in science and engineering, and related fields such as architecture, medicine, industrial management and education. It has 18 academic departments and over 50 research centers. Since its founding, it has awarded over 100,000 degrees. Among the Technion’s 600+ faculty members are three Nobel Laureates.

The Technion-Israel Institute of Technology is a major source of the innovation and brainpower that drives the Israeli economy, and a key to Israel’s renown as the world’s “Start-Up Nation.” Technion people, ideas and inventions make immeasurable contributions to the world, including life-saving medicine, sustainable energy, computer science, water conservation and nanotechnology.

In December 2011, a bid by the Technion and Cornell University won a competition to establish an applied science and engineering educational institution in New York City – named Cornell Tech, home of the Jacobs Technion-Cornell Institute. In 2013, the Technion signed with China’s Shantou University to establish the Guangdong Technion Israel Institute of Technology in China.