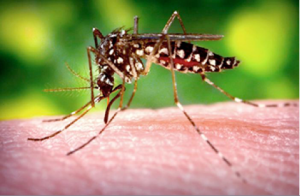 The protein that helps the sperm and egg fuse together in sexual reproduction can also fuse regular cells together. Recent findings by a team of biomedical researchers from the Technion-Israel Institute of Technology, Argentina, Uruguay and the U.S. show this protein is part of a larger family of proteins that helps other cells bind together to create larger organs, and which also allows viruses like Zika and Dengue to invade healthy cells.

For every sexually reproducing organism, sperm and egg fusion is the first step in the generation of a new individual. This process has been studied for more than 100 years in many organisms including humans, mice, insects, plants, sea urchins and even fungi. But the identity of the molecular machineries that mediate sperm and egg fusion remained unknown.

Fusexins have the same structure and function but use divergent mechanisms to fuse membranes. A. The viral fusexins (grey, e.g. envelope proteins of Dengue, Zika or Rubella viruses) use a unilateral mechanism since the fusion proteins are only present on the viral envelope. B. The somatic fusexins (black, e.g. FFs proteins from C. elegans) use a bilateral mechanism for cell-cell fusion. C. The sexual fusexins (green; HAP2, the only known at the moment) use a bilateral mechanism similar to the somatic fusexins. Since HAP2 (green) is only found in the male gametes (sperm cells) it is hypothesized that a fusexin that has not been identified (pink) may be present in female gametes (egg cells).

Now, the team led by Dr. Benjamin Podbilewicz, of the Technion Faculty of Biology, and Pablo S. Aguilar of Universidad Nacional de San Martin in Argentina, has demonstrated that the protein HAP2 – a long known player in sperm-egg fusion – is a protein that mediates a broad range of cell-cell fusion. The striking similarities between proteins that promote membrane fusion under very different contexts led the authors to dig into mechanistic details. Performing cell-cell fusion experiments, the researchers demonstrated that, like FF fusexins, HAP2 is needed in both fusing cells to promote membrane cell fusion. This bilateral requirement of HAP2 and FF fusexins differs from the viral mechanism of action, where fusexin is only present in the viral membrane (see figure).

The combined conservation of structure, sequence, and function imply that these proteins diverged from a common ancestor. Fusexins might have emerged 2-3 billion years ago to promote a primordial form of genetic material exchange between cells. Later, enveloped viruses took these fusion proteins to infect cells more efficiently. Finally, multicellular organisms adapted fusexins to sculpt organs like muscle and bone-repairing osteoclasts in vertebrates and skin and the vagina in worms through cell-cell fusion.