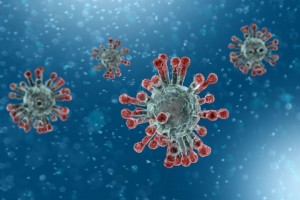 Prime Minister Benjamin Netanyahu held a summit meeting with Austrian Chancellor Sebastian Kurz and Danish Prime Minister Metter Frederiksen on the issue of advancing the establishment of a joint fund for the research, development and production of vaccines.

Prime Minister Netanyahu: “Prime Minister Metter Frederiksen of Denmark and Chancellor Sebastian Kurz of Austria, welcome to Jerusalem. This is a special day when two dynamic European leaders come together to Jerusalem to discuss together how we continue the battle against COVID.

Israel has been at the forefront of this battle, and has met those challenges, as you have too in your respective countries. We are now emerging from the corona with the green passport. 90% of our population has received one jab or two, or has already recovered. So we don’t have that far to go. I wouldn’t say that we’re rushing towards herd immunity, but we’re getting there and we’ll see how that works. I think Israel serves as a model for the world, and we’re discussing some of our experiences, sharing those experiences with our friends, and indeed you are two wonderful friends for Israel.

We’re discussing something else, and this is the main purpose of this visit. I think we’re all aware, the three of us, that once we get over this cycle of the disease, we have no guarantee that it won’t come back. We don’t know how long, nobody knows how long these vaccines will hold up. Is it half a year? Is it a year? Is it two years? Is it more? Is it less? We don’t know. And therefore, we have to protect our people against the reemergence of this pandemic or mutations, and we want to create two capacities. We think that by joining our resources, the resources of three small, but very able and gifted countries, we can better meet these challenges.

What we’re talking about is establishing a joint R&D fund of Israel, Austria and Denmark, and beginning joint efforts for common production of future vaccines. I think this is something that we have to do, because we’re going to probably need, I can’t say with certitude, but with very high probability, we’ll probably need protection for the future. We’ve just gone through a century where humanity has been very lucky since the Spanish Flu that killed so many tens of millions around the world. But we’ve had, intermittently we’ve had SARS, we’ve had Ebola, we’ve had other diseases, and now we have COVID. And we have to make sure that we can protect our peoples, and also help other countries and humanity at large.

We’re going to do a joint R&D fund and discuss the production, the possibility of joint investment in productions of facilities for vaccines. I think this is great news, and I think it reflects a respect we have for each other and the belief, the confidence that we have in working together to protect the health of our peoples.”

The three leaders also held a working meeting with their countries’ professional teams. The heads of government and their representatives discussed the fight against the coronavirus in all its aspects as well as the establishment of the joint fund.

Among the issues that were raised were the ability to produce vaccines, the research and development of vaccines and drugs, cooperation in the field of regulation, routine life under the coronavirus, exit strategy and the education system.