Israel 2nd among 15 most innovative countries in the world 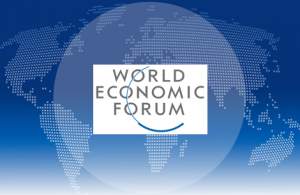 Every year, the World Economic Forum releases its Global Competitiveness Report on the state of the world’s economies.

The WEF looks at data on areas as varied as the soundness of banks to the sophistication of businesses in each country. It then uses the data to compile a picture of the economy of almost every country on earth.

One of the measures WEF looks at is innovation, which takes into account things like the quality of scientific research at universities, company spending on R&D (research and development), collaboration between universities and industry, patents, and the number of engineers and scientists in each country.

Business Insider has rounded up the 15 highest ranked companies for innovation. Check them out:

Belgium gets a middling score on innovation but it’s enough to put it in the top 15. Despite placing so highly, WEF cites “insufficient capacity to innovate” as the sixth most problematic factor for doing business in Belgium.

The Innovation Policy Platform writes: “After nearly two decades of sustained growth, the expansion of R&D expenditure has slowed in the aftermath of the financial crisis, and constraints on public R&D expenditure are tight in current budgets.”

Britain has been going through a tech-driven boom, with world-leading fintech companies like Funding Circle and TransferWise starting up in London. WEF says that Britain is “still one of the most competitive economies in the world” but cautions that Brexit “is likely to have a negative impact on the United Kingdom’s competitiveness through goods and financial markets as well as market size and, potentially, innovation.”

Norway established Innovation Norway, a state-owned bank and investment company, in 2004. It employs over 500 people and has invested in everything from marine transportation to biotechnology. NOK16 billion (£1.6 billion) was invested in “innovation activities” across Norway in 2014, according to Innovation Norway’s latest annual report.

Taiwan announced a $66,858 Presidential Innovation Award for the greatest “innovations or designs” that are turned “into profitable businesses” in 2014 in a bid to kickstart the country’s stagnant GDP growth. The island was number one for patent activity in the Bloomberg Ranking’s Global Tech report that same year.

Denmark is a world leader in renewable energy technology, with an incredible 140% of the country’s energy needs met by wind power. The country launched a new innovation strategy in 2012 aimed at encouraging innovation in areas where there was greater market demand.

Despite ranking 9th for innovation, this is actually one of Singapore’s weak spots: the country comes 2nd overall in the WEF competitiveness rankings and a relative weakness for innovation is one of the things that stops it taking the top spot. The nation state has a budding financial technology, or fintech, scene.

Japan’s creative heyday was the 1990s, when companies like Sony and Nintendo were the go-to gadget makers. But the country today is grappling with an ageing population and a big budget deficit. WEF says: “High-quality research institutions and company spending on R&D, coupled with an excellent availability of scientists and engineers, contribute to the country’s overall highly innovative environment. Yet Japan’s innovation prowess seems to be eroding: consistently ranked in the top 5 between 2007 and 2015, Japan loses three positions and now ranks 8th.”

WEF says: “The Netherlands scores especially high on the quality of its scientific research institutions (4th) and closeness of links between universities and the private sector (5th). Success stories of social innovation are particularly frequent in the Netherlands.”

Sweden has churned out several high-profile tech success stories over the past decade, such as online payments company Klarna, valued at $2.25 billion, portable card reader startup iZettle, and Spotify, worth $8 billion. WEF says: “Sweden is well equipped to embrace the Fourth Industrial Revolution, with a strong score on technological readiness and ranked within the top 10 in innovation. However, the availability of scientists and engineers is falling — a reminder that renewed efforts to invest in human capital and skills are necessary to ensure long-term competitiveness and innovation capacity.”

Berlin is one of the leading tech hubs in Europe, home to companies like SoundCloud and startup, app-only bank N26. WEF says: “The country continues to push the innovation frontier, ranking high on the pillars of technological readiness, innovation, and business sophistication.”

Say “innovation” and “United States” in the same sentence and most people will think of Silicon Valley but the US is home to innovation across the states, with hubs in places like Massachusetts, home to M.I.T. and Harvard. It is perhaps the best in the world at turning university ideas into successful tech businesses, as Facebook and Snapchat attest.

Finland is “well positioned in terms of innovation,” WEF says, “with its capacity to innovate supported by the excellent availability of scientists and engineers and a high degree of collaboration between universities and industry.” The government has an organisation, Tekes, that will fund university R&D, as well as corporate innovation projects.

Our reporter Sam Shead recently visited Israel, often dubbed the “Startup Nation,” to see what all the fuss was about and found, among other things, that the country is poised to give out special visas to entrepreneurs. Israel is a leading hub for cyber security startups, with many future entrepreneurs trained by the Israeli military’s world-leading cyber security force as part of national service.

WEF says: “Switzerland arguably possesses one of the world’s most fertile innovation ecosystems, combining a very conducive policy environment and infrastructure, academic excellence, an unmatched capacity to attract the best talent, and large multinationals that are often leaders in their sector as well as a dense network of small- and medium-sized enterprises across sectors that has a reputation for quality and a strive for innovation.”