Roy Cohen (Israel), present at the world congress of science and factual producers 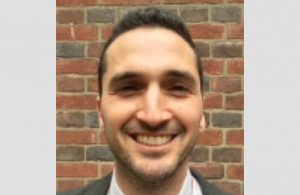 Roy Cohen is an Israeli-French filmmaker, was present world congress of science and factual producers (WCSFP, December 1st-4th 2105). His feature-length documentary film, Machine of Human Dreams, tells the story of Dr. Ben Goertzel, a guru in the field of artificial intelligence. The film takes a deep-yet-humorous look at Goertzel’s three-decade long pursuit to create a thinking machine. The film, an international co-production, will come out in 2016. Roy’s previous film, Real Value (2014), was commissioned by the UK’s Community Channel. Roy was trained at European Social Documentary (ESoDoc) and won several fellowships from Israeli film funds.

Possessing a strong academic background in science, Roy has attended dozens of conferences, where he has discussed with and interviewed scientists and technologists whose work is at the cutting edge of research. In academia, Roy worked as a research assistant at MIT and Harvard University, where he completed an award-winning study (T.T. Hoopes award and Gordon Alport award) on the psychological effects of dialogue on individuals from conflict regions. He graduated magna cum laude from Harvard University. He currently teaches documentary filmmaking at General Assembly London. General Assembly transforms thinkers into creators through education and opportunities in technology, business, and design.