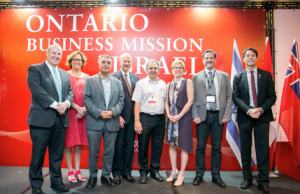 The success stories behind Israeli hi-tech companies greatly contribute to helping establish extensive technological cooperation between Israel and countries around the world. One such collaboration growing stronger year by year is that between Israel and the Canadian Province of Ontario. Cooperation between the two states has been ongoing for more than a decade and their joint R&D program has already yielded impressive technological achievements – for both the countries and their companies. Today, representatives of Israel and Ontario will sign an agreement to increase the joint funding they offer to companies at a value of $2 million annually, and to budget an extra $5 million a year for cooperation between Israeli and Canadian industries and universities.

The signing of the expanded agreement is taking place within the framework of an official visit by the Premier of the Province of Ontario. She arrived in Israel with the largest official tech delegation ever to come from Canada, including 180 businesspeople, heads of organizations, industrialists and researchers from Canada’s finest universities, seeking to do business with Israeli companies and entrepreneurs. Half of the members of the delegation are businesspeople focusing on manufacturing and promoting technological opportunities between the two countries. 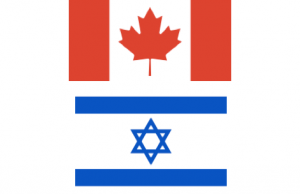 According to the Chairman of the Israel Innovation Authority, Mr. Avi Hasson: “Canada is a wonderful option for any Israeli company interested in establishing its presence in North America. The Canadians see Israel as a significant hub of innovation and they are here to forge new collaborative relationships in several technological fields, including cleantech, biotech, med-tech and medical devices, IT, cyber-security, energy and e-Health, projects that can benefit both sides.”