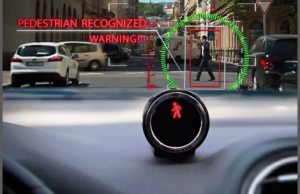 The pricey acquisition of Mobileye could propel the world’s largest computer chipmaker into the front ranks of automotive suppliers at a time when Intel has been reaching for market beyond its core computer semiconductor business.

It also promises to escalate the arms race among the world’s carmakers and suppliers to acquire autonomous vehicle technology, and could fuel already-overheated valuations of self-driving start-ups.

The stakes are enormous. Last year, Goldman Sachs projected the market for advanced driver assistance systems and autonomous vehicles would grow from about $3 billion in 2015 to $96 billion in 2025 and $290 billion in 2035.

Skeptics have questioned whether auto companies and suppliers will be able to deploy fully self-driving cars safely in the next four years, as several have promised. Investment analysts on Monday raised concerns about the potential synergies between Intel and Mobileye, as well as the acquisition’s price.

Intel has not been a significant player in the sector, although it has invested in at least half a dozen start-up companies developing different components for self-driving systems, from robotics to sensors.

“This is a tremendous opportunity for them to get into a market that has significant growth opportunities,” said Betsy Van Hees, an analyst at Loop Capital Markets. “Mobileye’s technology is very critical… The price seems fair,” she added.

The price is about 21 times expected 2017 revenue, making it more than six times more expensive than the semiconductor industry’s three-year deal average, said B. Riley analyst Craig Ellis. He said the “very expensive transaction” improved Intel’s position in the automated driver assistance market, but left Nvidia the leader on the highest end.

Intel is paying a premium of 60 times Mobileye’s earnings, about four times the premium that Qualcomm is paying to acquire the Netherlands’ NXP.

Shares of systems integrator Delphi Automotive PLC (DLPH.N), which has partnerships with Intel and Mobileye, rose 4.0 percent. Delphi said in a statement that it expected the deal would let it accelerate adoption of new technologies.

Intel has a mixed record of capitalizing on technology outside computer chips. Last year it spun out its cyber security division, formerly known as McAfee, in a deal valuing it at $4.2 billion including debt, five years after having bought McAfee for $7.7 billion.

Intel will give Mobileye unusual autonomy, integrating its own automated driving group with Mobileye’s operations under Mobileye Chairman Amnon Shashua, who will lead the unit from Israel.

Intel Chief Executive Brian Krzanich said the acquisition was akin to merging the “eyes of the autonomous car with the intelligent brain that actually drives the car.”

In an interview in January, Shashua told Reuters: “If you want to build a truly autonomous car, this is a task for more than one player… The idea is to have a number of partners to share resources and data.”

Mobileye was an early supplier of vision systems to Tesla, but the two companies had an acrimonious and public break-up last summer after the driver of a Tesla Model S was killed while operating the vehicle using Tesla’s Autopilot system.

Mobileye, founded in 1999, accounts for 70 percent of the global market for driver-assistance and anti-collision systems. It employs 660 people and had adjusted net income of $173.3 million last year.

Shashua and two other senior Mobileye executives stand to do well by the deal: together they own nearly 7 percent of the company. Shmuel Harlap, Israel’s biggest car importer and one of Mobileye’s earliest investors, also holds a 7 percent stake.

Mobileye and Intel are already collaborating with German automaker BMW (BMWG.DE) on a project to put a fleet of around 40 self-driving test vehicles on the road in the second half of this year.

At the same time, Mobileye has teamed up with Intel for its fifth-generation of chips that will be used in fully autonomous vehicles that are scheduled for delivery around 2021. Mobileye also has partnered with Delphi on a self-driving platform that is being shopped to smaller car companies that may not have the resources to develop their own systems.

Last October, Qualcomm announced a $47 billion deal to acquire NXP, the largest automotive chip supplier, putting pressure on other chipmakers seeking to make inroads in the market, including Intel, Mobileye and Nvidia.

The Qualcomm-NXP deal, which will create the industry’s largest portfolio of sensors, networking and other elements vital to autonomous driving, is expected to close later in 2017.