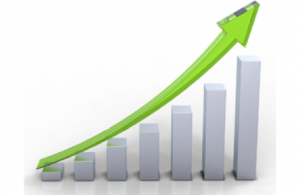 Israel’s economy is poised to rebound further in 2015 from the effects of last summer’s Gaza war after a strong recovery in the final three months of 2014 led to the fastest quarterly growth in nearly eight years.

The fourth quarter of 2014 saw gross domestic product grow an annualized 7.2 percent expansion, a rebound similar to late 2006 and early 2007, when war in Lebanon was followed by a surge in growth.

Fourth-quarter GDP had been forecast to grow an annualized 3.3 percent, according to a Reuters poll.

The Gaza war in July and August held back third-quarter growth as factory output slowed, consumers stayed home and tourists canceled in droves. The economy expanded just 0.6 percent, versus an earlier estimate of 0.4 percent and an initial reading of a 0.4 percent contraction.

“It’s still impressive to keep the same level of growth in a country where for more than a month people were in shelters,” Daphna Aviram-Nitzan, the head of economic research at the Manufacturers’ Association, said on Monday.

Part of the rebound in the final three months of 2014 also stemmed from a sharp depreciation in the shekel versus the dollar, That boosted industrial exports — mainly high-tech ones that benefited from a recovery in U.S. growth.

“The growth rate in industry as a whole and industrial exports will be much better this year than last year,” Aviram-Nitzan said.

The fourth-quarter economy was also boosted by heavy government spending, mainly on defense, and a change in a tax regime that fueled a car-buying spree before the end of the year.

“An 7.2 percent increase in the fourth quarter does not represent the state of the economy,” said Alex Zabezhinsky, chief economist at brokerage Meitav Dash. “But the economy is certainly not in a slowdown or recession and is growing at quite a high rate of 3 percent — a pace that could be the envy of many countries.”

Policymakers cited an apparent spurt in fourth-quarter growth when they left short-term interest rates unchanged for a fifth straight month in late January. That pointed to a “relatively good” state of the economy, they said, although they agreed the rebound was partly of correction after the war.

The next rate decision is due on Feb. 23.

Exports, which account for some 40 percent of economic activity, rose 7.3 percent in the fourth quarter, according to the Central Bureau of Statistics. Private spending, another driver, grew 6.8 percent. Investment in fixed assets gained 8.7 percent, after declines the previous three quarters.