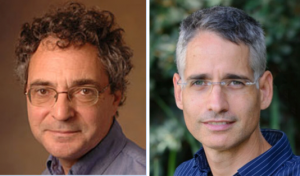 Last May, Israel Science Info published the results of a survey conducted in Israel, a first. Professor Ron Milo, a researcher at the Weizmann Institute and his team, wanted to understand the tiny weight that humans represent in the balance of living things on Earth and the huge losses caused by humans to other species. Although humans represent only 0.01% of life forms on Earth! The study attempted to show to what extent the dominant activity of humans has caused the loss of many species. And the more time passes, the more species disappear because of human activity. In the long term, it will probably remain only the domestic species, the livestock and the wild species that the men have chosen to protect.

Chance or irony of history, an American, Dr. Paul Falkowski, of Rutgers University in the US, is one of the winners of the Tyler Award for the Environment 2018 (“Nobel” of Environment) for his work of excellence for decades for scientific understanding and its publications on the impacts of climate change.

At the last G7, Donald Trump had boycotted the working session on climate change and removed a monitoring program of NASA on carbon dioxide and methane in the atmosphere, contributing to global warming, thus killing the Carbon Monitoring System, according to Science. This program created high-resolution modeling of the flow of greenhouse gases on Earth.

The oceanographer Paul Falkowski (Tyle Prize for Environment 2018), Rutgers University in the US and not part of the research team, said: “Weizmann study is, to my knowledge, the first comprehensive analysis of the biomass distribution of all organisms – including viruses – on Earth. There are two major takeaways from this paper”. “First, humans are extremely efficient in exploiting natural resources. Humans have culled, and in some cases eradicated, wild mammals for food or pleasure in virtually all continents. Second, the biomass of terrestrial plants overwhelmingly dominates on a global scale – and most of that biomass is in the form of wood.” (The Gardian)

The 2018 Tyler Prize for Environmental Achievement – often described as the ‘Nobel Prize for the Environment’ – has been awarded to Paul Falkowski and James J. McCarthy, for their decades of leadership in understanding – and communicating – the impacts of climate change.“Climate change poses a great challenge to global communities. We are recognizing these two great scientists for their enormous contributions to fighting climate change through increasing our scientific understanding of how Earth’s climate works, as well as bringing together that knowledge for the purpose of policy change,” said Julia Marton-Lefèvre, Chair of the Tyler Prize Committee. “This is a great message for the world today; that U.S. scientists are leading some of the most promising research into Earth’s climate, and helping to turn that knowledge into policy change,” said Marton-Lefèvre. Human activity has changed Earth’s atmosphere, which in turn is changing the Earth’s climate. However, early climate models were often inaccurate, because science lacked a detailed understanding of how our modern climate originally evolved. Since all life originated in the ocean, that’s exactly where Dr. Falkowski chose to focus his research – publishing influential papers on the critical role of earth’s smallest lifeforms in the evolution of our modern climate. 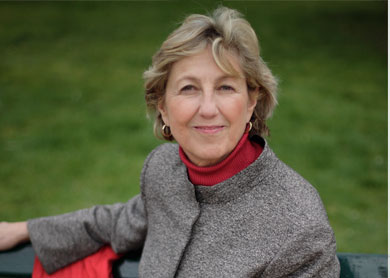 By bringing together diverse fields such as biophysics, evolutionary biology, paleontology, molecular evolution, marine ecology and biogeochemistry, Dr. Falkowski built a picture of Earth’s climate across enormous timescales – revolutionizing our understanding of climate change. Dr. McCarthy’s pioneering research on marine nutrient cycles added significantly to our understanding of human activity on Earth’s climate. But scientific research cannot be of greatest benefit to human kind, unless it leads to improved policy. It was this that convinced Dr. McCarthy to engage with some of the world’s best environmental researchers and international policy leaders, to assess the global impacts of climate change. Under Dr. McCarthy’s leadership, the International Geosphere Biosphere Programme was developed. The science produced by this programme was an important component of the Nobel Peace Prize-winning Intergovernmental Panel on Climate Change (IPCC), of which Dr. McCarthy was co-chair in 2001. He also served the United States in his role as President of the American Association for the Advancement of Science.“His ability to effectively, and eloquently communicate the importance and risks of the climate crisis are unparalleled,” said Former U.S. Vice President Al Gore, who shared the 2007 Nobel Prize with the IPCC.