Sea Watch (Israël): the SPNI app to enable the public to take a direct part in improving the ecological state of the Mediterranean Sea 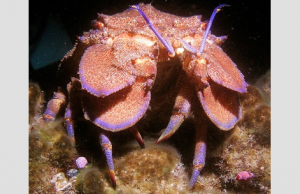 Sea Watch is a new phone app specially developed by SPNI to enable members of the public to take a direct part in improving the ecological state of the Mediterranean Sea by sending us real-time reports on a variety of maritime environmental incidents and hazards.

According to a report by SPNI experts, every year more than 100,000 endangered marine animals are illegally fished in Israel, including sharks and rays, in addition to some 3,000 sea turtles and an average of 4 dolphins that are injured as a result of fishing activity.

The report has also concluded that the local fish population is rapidly dwindling and is on the verge of extinction due to years of overfishing and destructive fishing methods.

Surfers, swimmers, fishermen and nature lovers that frequent the beach often report on hazards they spot but until now there was no structured way of collecting their reports and distributing the information to the proper authorities to take action.

The app has already been downloaded nearly 1,500 times and is already making an impact, saving the life of an injured sea turtle. The poor turtle was washed up on a beach south of Haifa with a fishing net around its neck. A report came in and was urgently dispatched to the Nature and Parks Authority who whisked it to the Israel Sea Turtle Rescue and Rehabilitation Center. The turtle is in stable condition, but may yet lose one of its rear fins.

Alon Rothschild, SPNI’s Biodiversity coordinator, explains: “The reports are collected by an SPNI team that verifies the information and alerts the authority assigned to each case, whether it is the Nature & Parks Authority, the Ministry of Environment Protection, the fishing department at the Ministry of Agriculture, or the local municipality. Some of the reports will be handled directly by SPNI experts with the help of volunteers.

We are keeping tracks of the alerts and how they were treated by the different authorities and we plan to issue an annual follow-up report on the efficiency of each authority in responding to these cases.”

Sea Watch app is free of charge. and is very user-friendly. It includes an indication map showing the locations of the reports received.

The new app was received with excitement over different Israeli media and social media outlets, and spreading the word to the public is also done via an initiative partnered by SPNI named “Fish Responsibly”, calling professionals who depend on the sea for their livelihood to conform to sustainable fishing codes, and encouraging them to make use of the app.