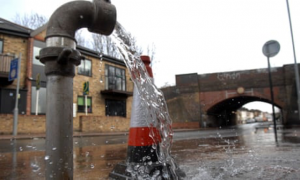 England is set to run short of water within 25 years, the chief executive of the Environment Agency has warned. The country is facing the ‘‘jaws of death”, Sir James Bevan said, at the point where water demand from the country’s rising population surpasses the falling supply resulting from climate change.

However, this could be avoided with ambitious action to cut people’s water use by a third and leakage from water company pipes by 50%, he says, along with big new reservoirs, more desalination plants and transfers of water across the country. 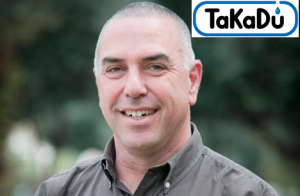 Editor’s note:  Amir Peleg, CEO and founder of israeli company TaKaDu, commented this announcement for Israël Science Info – “This is certainly a wake-up call on climate change and water shortages for the UK and elsewhere. That’s why water efficiency solutions are more important than ever. Data-driven solutions such as TaKaDu‘s Central Event Management (CEM) enable utilities to detect leaks, faulty assets and other problems early, reducing water loss, and improving operational efficiency across-the-board. Even one “hidden leak event” resolved quickly, can save millions of liters of water, with significant cost and energy savings. Utilities often have the raw data, they’re just not optimizing its use effectively.”

In his very thorough guide 13 Essential Tips for Conserving Water In Your Garden, Peter Weeks, editor of The Daily Gardener, underlines: “any people waste huge amounts of water, and it’s possible to make a lot less of it go a lot further. Here are our top 13 essential tips for using less water in your garden. Apply Mulch; Spread compost; Know when to water; Grow fewer thirsty plants; Use smart watering techniques; Don’t overwater; Know your soil; Use a moisture meter; Harvest water; Fix Leaks; Train your plants and lawn; Pay attention to pot choice; Pay attention to the forecast“.

We need water wastage to be socially unacceptable

“Around 25 years from now, where those [demand and supply] lines cross is known by some as the ‘jaws of death’ – the point at which we will not have enough water to supply our needs, unless we take action to change things,” Bevan told the Guardian, before a speech on Tuesday at the Waterwise conference in London. 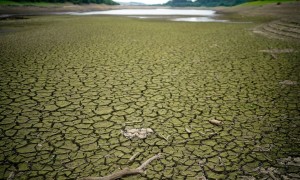 “We need water wastage to be as socially unacceptable as blowing smoke in the face of a baby or throwing your plastic bags into the sea,” he said.

In the speech, Bevan says: “Water companies all identify the same thing as their biggest operating risk: climate change.” By 2040, more than half of our summers are expected to be hotter than the 2003 heatwave, he says, leading to more water shortages and potentially 50-80% less water in some rivers in the summer.

The population of the UK is expected to rise from 67 million to 75 million in 2050, increasing the demand for water. But Bevan says the average person’s daily water use of 140 litres could be cut to 100 litres in 20 years by more efficient use in homes and gardens. Currently, about a third of water is lost to leaks or wastage.

The most controversial change needed to increase supply is building new mega-reservoirs, such as that proposed near Abingdon in Oxfordshire. “We have not built a new reservoir in the UK for decades, largely because clearing all the planning and legal hurdles necessary is so difficult and local opposition so fierce,” Bevan says. The government plans to streamline the planning process. “That will be controversial, but it’s the right thing to do,” says Bevan. 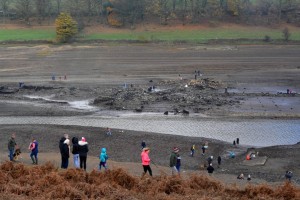 More water will also need to be transferred across the country to water-stressed areas, such as the south-east, Bevan says, via pipelines or canals. Just 4% of current supplies are transferred between individual water companies, but there are plans for 20 new transfer projects. More desalination plants, such as Thames Water’s Beckton plant, will also be needed to turn seawater into drinking water, he says.

“While there will be political challenges, there should be less difficulty over the economics,” Bevan says. “That’s because the investment needed to increase our resilience is modest compared with the cost of not doing it. While a severe drought would cost each household more than £100, the cost per household of the investment that would greatly reduce the risk is only £4 a year.”

Water companies are required by the regulator Ofwat to cut leakage by 15% by 2020, although some have incurred huge fines in the past for failing to meet targets.

Michael Roberts, the chief executive of Water UK, which represents the water companies, said: “As well as planning increasing investment, water companies have publicly committed to cut leakage by 50% by 2050.”

“We’re also working with government and regulators to find ways to make it easier for people to reduce their daily water use, and if we all work together on this we can make sure the country continues to get the water it needs,” said Roberts. “A twin-track approach is the right way to go, reducing demand for water at the same time as increasing supply.”

It is also vital that wildlife and natural habitats are protected from excessive water abstraction, said Tom Lancaster, at the Royal Society for the Protection of Birds (RSPB), which is part of the Blueprint for Water coalition of 18 NGOs.

“Government proposals to reform water abstraction and improve water management are necessary if we are to balance the needs of people and the natural environment,” he said. “This should start with government placing a duty on water companies to restore and enhance nature.”