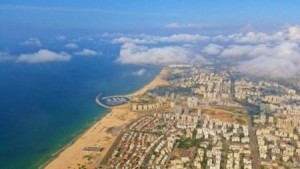 The Mediterranean coastal city of Ashdod (Israel) is the winner of the second edition of the Istanbul Environment Friendly City Award. The Jury – which is composed of the Members of the Bureau of the Contracting Parties to the Barcelona Convention and of the President of the Mediterranean Commission on Sustainable Development – reached this decision following a thorough review of applications received from six Mediterranean cities.

The call for applications, which was open from May to September 2019, indicated the selection criteria and invited cities located along the Mediterranean coast to apply by demonstrating concrete steps taken and progress achieved under four main criteria categories, namely nature and biodiversity protection; built environment (housing and urban planning); social, economic and cultural sustainability; and governance, in line with the priorities of the Mediterranean Action Plan and the principles enshrined in the Barcelona Convention and its Protocols.

A technical committee formed by representatives of the United Nations Environment Programme /Mediterranean Action Plan (UNEP/MAP) – Barcelona Convention Secretariat, including MAP Regional Activity Centres, and three independent experts evaluated the applications based on the selection criteria, and subsequently shortlisted three cities. The city of Ashdod was eventually recommended to the Jury as the winner, followed by Crikvenica (Croatia) as the runner-up. Hatay (Turkey) took the third spot on the podium.

The application received from Ashdod demonstrated a set of integrated sustainability measures that proved decisive in the selection process. Such measures included energy efficiency, public transport, optimized water management, including the reduction of leakage, and effective waste management combined with the minimization of landfilled waste. The winning city also invested in public awareness-raising programmes to encourage citizen action in support of sustainability. Other bold measures include flood risk reduction and coastal protection:  only four kilometers of the city’s shoreline is urbanized with a fully implemented setback zone of 100 meters. The coastal area is also continuously monitored for traces of pollution.

Following the announcement of the winner by the Award Jury, The UNEP/MAP Coordinator Gaetano Leone said that “action taken by the local authorities of Ashdod to reconcile development with environmental protection and to protect the coastal zone demonstrate the importance of the role that cities and local governments can play to entrench sustainability in the Mediterranean region”.

Funded by the Government of Turkey, the Istanbul Environment Friendly City Award was established by virtue of a decision of the 19th Meeting of the Contracting Parties to the Barcelona Convention at COP19 (Athens, Greece, February 2016) in the context of the implementation of the Mediterranean Strategy for Sustainable Development (MSSD).

The Award recognizes and highlights efforts of local authorities, notably by providing them with a platform to showcase their achievements at a regional level. It is also cementing a culture of emulation among Mediterranean cities for the achievement of sustainable development for the benefit of their citizens and the region as a whole.

In its first edition (2017), the Award went to Izmir (Turkey). This year, the city of Ashdod will receive the Award at a ceremony scheduled on 4 December 2019 during the 21st Meeting of the Contracting Parties to the Barcelona Convention (COP21).