Bar-Ilan U. : 57% of Israeli parents to vaccinate their children against Covid-19 if approved for ages 5-11 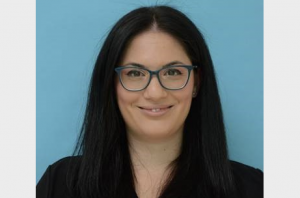 A new survey conducted by Bar-Ilan University reveals that a majority of Israeli parents who have children between the ages of 5-11 would agree to have them vaccinated against COVID-19 if the FDA approves the vaccine for this age group.

The survey was carried out between September 23 and October 3 by Dr. Liora Shmueli, of the Program for Public Health and Health Systems Management at Bar-Ilan University’s Department of Management. Sarid Research Institute for Research Services assisted in conducting an online survey, which included a representative sample among the Jewish public in Israel.

Eight hundred ninety-four mothers and fathers above the age of 18 participated. Preliminary results indicate that more than half of the parents (57%) expressed their intention to vaccinate their children this winter if a vaccine is approved and available.

No significant differences were discovered between religious denominations, according to marital status, or according to the Israel Central Bureau of Statistics’ Peripherality Index, which measures gaps between Israel’s center and peripheries, regarding the intention to vaccinate.

Sixty-six percent of the respondents who said they would not vaccinate their children immediately or at all if the vaccine is offered to them expressed concern about vaccine safety, 61% reported fear of severe vaccine side effects, and 57% expressed fear that clinical trials and the approval process were carried out too quickly for political reasons. Additional concerns that arose among parents included the feeling that COVID isn’t dangerous for children, so there is no reason to vaccinate them, as well as fear of low vaccine efficacy. Others said they prefer to wait and see how children in this age group respond to the vaccine.

The survey ranked a number of incentives that could accelerate parents’ readiness to vaccinate their children, including a “green” passport, which would facilitate travel (60%), and administering the vaccine within the education system (50%). In contrast, most respondents indicated that monetary compensation or fines (such as a cut in National Insurance benefits), would not increase their intent to have their children aged 5-11 vaccinated (57% and 64%, respectively).