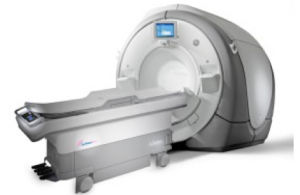 INSIGHTEC has secured a $22 Million investment led by its current shareholders as part of round D.  In addition, Dr. Maurice R. Ferré, a seasoned medical device executive will join the INSIGHTEC leadership team as the newly appointed Chief Executive Officer. Dr. Kobi Vortman, INSIGHTEC’s former CEO and Founder will be taking a seat at the board and will continue to drive strategy, as well as the product roadmap.

Dr. Vortman founded the company 16 years ago in 1999. His vision was to create the next generation operating room by developing MRgFUS technology as an effective, non-invasive form of therapy. Under his leadership, INSIGHTEC developed and commercialized its Magnetic Resonance guided Focused Ultrasound (MRgFUS) technology which has been adopted by medical centers worldwide. INSIGHTEC received its first FDA approval in 2004. One of the company’s greatest achievements has been to treat the human brain through an intact skull – a concept that was unthinkable before the development of MRgFUS technology by INSIGHTEC.

Dr. Ferré, who has been serving as INSIGHTEC’s Chairman of the Board, brings over 20 years of experience in the medical device industry. Before INSIGHTEC, Dr. Ferré served as Chairman of the Board and CEO of MAKO Surgical Corp, a transformational robotic surgical company that he co-founded in 2004. The company was IPO’d in 2008 and recently sold to Stryker Corp. for $1.65 billion in 2013.

“I am very excited to be part of a company which is transforming medical practices as we know today. INSIGHTEC is at the forefront of the global shift towards non-invasive procedures. These procedures have the potential to improve patient outcomes, reduce morbidity and trauma while reducing costs,” said Dr. Ferré. “My goal is to lead the company on its path to commercial success,” he concluded.

“I am extremely pleased with the company’s achievements from its inception back in early 1999 till today,” said Dr. Vortman. “We started with proving our concept then continued to develop our first application for the treatment of uterine fibroids. Today the company offers clinical applications in three clinical areas: Women’s Health, Oncology and Neurosurgery, and has over 90 patents and many regulatory approvals,” he emphasized. “I will continue to support the company as a member of the board and have no doubt that Dr. Ferré will continue to lead the company to its success,” Dr. Vortman concluded.

Tirat Carmel, Israel (May 14, 2015). INSIGHTEC Ltd, the leader in MR-guided Focused Ultrasound therapy, today announces the expansion of its innovative, non-invasive neurosurgery system from 3T to 1.5T MRI systems.  This launch significantly expands the potential market for INSIGHTEC’S ExAblate Neuro as 1.5T systems are the most common MRI systems in use today. The system is immediately available in the European market and is pending regulatory approvals in additional markets.This product expansion is made possible by an INSIGHTEC designed custom imaging coil that improves the intra-operative imaging performance on the 1.5T MRI to allow for this highly precise surgery.  The first two treatments were successfully performed in Palermo, Italy led by the Departments of Radiological Sciences of the University Hospital “Paolo Giaccone” of Palermo and Sapienza University of Rome, School of Medicine, with the collaboration of leading Neurosurgeons from both Centro Diagnostico Italiano (CDI) and Istituto Neurologico Carlo Besta of Milano. The system acquisition was made through a research grant of the Italian Ministry of Education and Research.

“This head coil posed quite a design challenge,” cites Eyal Zadicario, VP of R&D at INSIGHTEC. “We had to create a unique coil design that was half-immersed in the water bath that surrounds our patient’s heads during treatment.  It also has to be invisible to the ultrasonic acoustic beams that perform the surgery and at the same time provide the image resolution and clarity necessary to allow surgeons to make 1mm adjustments during surgery.”

“Being able to bring focused ultrasound neurosurgery to patients and hospitals that only have access to 1.5T MRIs is a significant step in the continuing growth of this emerging platform,” says Richard Schallhorn, VP of Neurosurgery for INSIGHTEC.  “This important technological advance, together with the growing number of clinical indications for MR-guided focused ultrasound neurosurgery, provides an opportunity to provide a safe, effective, non-invasive surgical option for a large number of patients.

INSIGHTEC is a world leader in MR-guided Focused Ultrasound (MRgFUS). The company, founded in 1999, has developed a completely non-invasive therapy platform that transforms medicine in an expanding number of neurosurgery, oncology and gynecology indications. MRgFUS is already adopted and used by world recognized physicians in more than 120 leading medical facilities around the world, who see the tremendous clinical and economical value of the INSIGHTEC therapy platform.