Pfizer CEO: Why we picked Israel to be the first 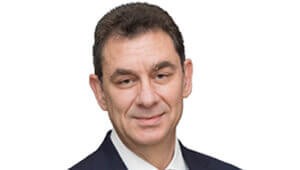 Pfizer CEO Albert Bourla revealed why his company chose Israel as the first country to be vaccinated with its coronavirus vaccine in an interview with Channel 12 on Thursday.

The reasons were a combination of three factors that made Israel stand out from the pack, including the relatively small population, Israel’s health care infrastructure system and the data collection that system provided.

“We knew it would be good for humanity if we chose one country where we could demonstrate what the vaccine of the population could contribute to the health of its people, and also to the economy – because the economy could be reopened,” Bourla said.

“Of course I talked to several heads of state, including Netanyahu, and he convinced me that Israel is a place with the right conditions for experimentation,” he added.

Although Israel was only ranked 54th out of 195 countries in a 2019 Johns Hopkins study in terms of its readiness to handle a pandemic, it’s semiprivate Health Maintenance Organizations (HMOs) with their digital databases was perhaps the key reason Pfizer chose Israel.

Prime Minister Benjamin Netanyahu noted the important role those HMOs played, which he said in a Fox News interview last week, “cover 98% of the population.”

The HMOs served as a ready-made infrastructure Israel used to distribute the vaccines.

Bourla noted in the interview that “not many countries have such a system.”

He was clearly pleased with his choice. “We gambled on Israel. We are very happy that the way you did it is beyond what we imagined,” he told Channel 12.

It was reported in January that another reason Israel was chosen is that it agreed to hand over key data to Pfizer, including the results of the vaccinations, side effects, efficacy, and the amount of time it took to develop antibodies to fight the virus.

The data was to be sorted by patient data including age, gender, preexisting conditions and other data points, but would be provided anonymously to protect patient privacy.

Speaking of the rise of corona variants, Bourla told Channel 12 that the goal he has set for his team is to develop a vaccine for a variant marked as worrisome within 100 days.

The Wall Street Journal reports on Thursday that other vaccine companies that have developed corona vaccines, including Moderna, Novavax and Johnson & Johnson, as well as developing what are called multivalant vaccines that would target multiple strains of the virus.