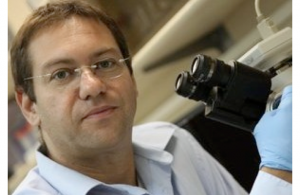 The Modern Agriculture Foundation – a nonprofit organization founded in early 2014 in Israel – is launching a world-wide pioneering project in the study field of cultured meat, focused exclusively on chicken meat. The project started on January 2015 headed by Prof Amit Gefen (Tel Aviv University), one of the world’s leading experts in Tissue Engineering.

The project team will be conducting a feasibility study for the production of cultured chicken breast meat that will be published and shared with the general public. During the course of the project, the challenges of production of cultured chicken breast meat will be mapped and potential solutions, along with the implications of their realization (methodology, time and cost), will be examined and described. This project is only the first step in the MAF`s journey to provide cultured meat commercially to the public. At the end of this first project, a year from now, further researches will be conducted using the feasibility study as a source.

The organization’s goal is to make the field of cultured meat more open and accessible by creating an academic and funding infrastructure for every researcher and entrepreneur intending to join the field as well as provide support in the process. Researchers and entrepreneurs, who will take part, will help redesign the food industry and move it forward into a cleaner, healthier and environmental friendly world.

Cultured meat will not require raising animals in crowded, industrial sheds or slaughtering them, as well as carry a significantly reduced ecological footprint (in terms of land and water use, etc). Such a product will also be vastly superior in terms of health & food safety concerns to practically all broiler chicken meat consumed today, which is factory farmed.

Cultured meat is a type of meat produced in sterile, controlled environments using cells taken from animal bodies, in a process which results in 100% real meat, as opposed to the “meat substitutes” available today. Culturing meat begins with creating a pool of cells harvested from living animals. Cells are then incubated in a serum rich with energy substrates, amino acids and inorganic salts to support cell metabolism and growth. After just a few days a thin layer of muscle tissue can be created, identical in every way to the type of meat consumed today.

Modern, industrial meat production has had extensively documented negative impacts in terms of the environment, food safety, natural resources, as well as the welfare of billions of animals annually. Cultured meat has the potential to reduce and, in some cases, eliminate that impact, by revolutionizing the way we produce meat for human consumption. 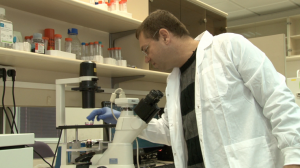 Prof. Amit Gefen:” With the growth in populations and projecting to the future, humanity needs to consider more sustainable models of food production, which will provide alternatives to the traditional ways by which we currently produce proteins from animal source for consumption. Tissue Engineering may offer such alternatives, which is what we will be exploring in this research project. We are targeting the development of a tissue-engineered chicken breast, which is a popular choice for a main course in many cultures and countries, to test feasibility of the concept and, in particular, to identify gaps in knowledge and challenges on the route to commercial production.”

The project is made possible with the support of various organizations from Israel and abroad, including US organization “A Well Fed World” for ending world hunger.

The Modern Agriculture Foundation promotes the research of cultured meat and the production of modern food. On this website there are updates and information to be found on the topic of cultured meat, especially on its benefits in comparison to conventional meat.

Healthier, simpler and completely ethical: cultured meat is produced without factory farming and without hurting animals.

We could better control the ingredients of our food. The process will be safer and more regulated than today’s production of meat.

It will decrease the pollution of the air and earth tremendously.

It will allow the possibility of having meat without hurting animals.

It will better the overall state of public health, by decreasing the chances for pandemics that originate in factory farms.